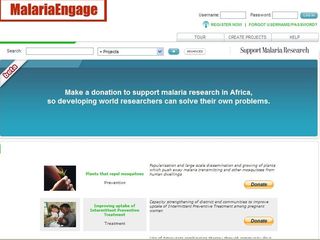 The man who sold Soccernet to ESPN for $40 million has turned his attention to social networking – but it’s all in the worthy aid of battling malaria.

Tom Hadfield famously sold his football news site to the US sports network when he was just 17 but, now aged 25, he is trying to use the internet phenomenom of social networking to help battle against one of the planet’s biggest killer diseases.

"Our dream is tens of thousands of people will use social networking tools to build a movement that eradicates malaria."

To this end, Hadfield – now at Harvard – has set up MalariaEngage.org in order to raise money to battle against the disease in Africa, where it is lack of resource that is letting people die.

"MalariaEngage.org increases the return on investment of donors by connecting them directly with researchers working on malaria prevention treatment," said Hadfield.

"It's about more than about giving money -- it's about creating connections. By encouraging individual participation and involvement, we will create international communities of common interest. This is the essence of social networking."