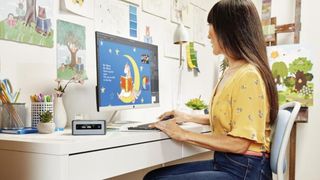 Intel’s next-gen NUC – which is essentially a tiny PC – has been spotted going up for pre-order at online retailers in the US.

That top-end Core i7 part is an impressive six-core (12-thread) processor capable of Turbo up to 4.7GHz to give you an idea of the power on tap here. The i5 is a capable quad-core (eight-thread) CPU, too (capable of hitting 4.2GHz boost).

Those hoping for a bit of pep on the casual gaming front, though, should note that these might be cutting-edge Comet Lake chips, but they aren’t processors with Intel’s more powerful (Gen11) Iris Plus Graphics. Instead, they carry the standard Intel UHD Graphics (whereas Intel’s current Bean Canyon NUCs do have Intel Iris graphics courtesy of their 8th-generation Coffee Lake-U processors).

As Wccftech notes (which spotted this via Twitter leaker @momomo_US), the mini PCs are now up for pre-order at BLT – and indeed at other online retailers – with prices starting at around the $330 mark (about £260, AU$480) for the Core i3 model.

Obviously these NUCs aren’t released yet, though, and it’s not clear when the launch date might be – but we can assume that it must be fairly close now.