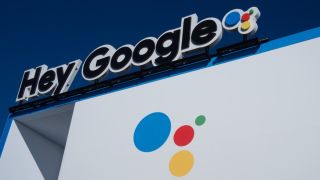 The whirlwind that is CES 2018 is drawing to a close, and the big winners from this year's massive gadget show are clear; Google Assistant and Amazon Alexa dominated the tech on display, finding their way into new and exciting applications.

Whether the first 4K projector with Alexa or an entirely new family of smart display products housing Google Assistant, CES 2018 served as a showcase for voice assistants. Only Siri missed out on the party, though Apple's assistant tends to be more of a lone wolf, anyway.

What CES showed me is that Google and Amazon, kind of eerily, are on the same page when it comes to their voice assistants. It's not about keeping them in the guarded realms of their own product lines. Rather, both recognize that in order for their voice assistants to be everywhere, they need to be in everything.

Those paths are taking a similar course, too, particularly when it comes to smart home devices, the lowest hanging fruit for voice assistant integration.

Google is allowing Assistant to roam free into new display-touting smart speakers like the JBL Link View, Lenovo Smart Display and LG WK9 Wireless Speaker, all announced this week. Google, which is no stranger to partnering with third-party manufacturers that use its software, is sticking to the playbook we've seen applied to its Android smartphones in the past.

And, as this week showed, it extends beyond the smart home, like with the Vuzix Blade AR glasses and the Jabra Elite Active 65t wireless earbuds, which have Alexa built-in. Interestingly, Jabra told us it also wants to bring Google Assistant support to the 'buds, whenever Google opens up its certification process.

Jumping to a completely different product category, Acer and Asus announced at CES that they are bringing Alexa to their laptops. This is a huge boost for Amazon, even if it makes things a little awkward with Microsoft's Cortana.

And both Alexa and Assistant are finding their way into cars; numerous car makers this week announced voice assistant integration for their 2018 and 2019 models. The voice assistants, then, really are breaking out of the smart speaker casings we're used to seeing.

This week set up what will be an ongoing theme for 2018; how companies package their voice assistants into new products, with the ultimate aim of having we, the consumer, use them.

Google and Amazon weren't alone in voice assistant news this week. Samsung also revealed it's bringing its voice assistant, Bixby, to its smart TVs and Family Hub fridges this year. While you might not be as excited about Bixby as one of the other, far more popular assistants, at least Samsung is staking its claim and, for now, sticking to it.

But, oddly enough, we may not even have to make a choice between assistants. As the Jabra earbuds, LG 2018 TVs, and C by GE line of smart lights and switches, which support Alexa, Assistant and Siri, demonstrate, products can actually support more than one voice assistant. This means that, at least for some products, you won’t have to choose sides, and can control devices using whichever voice assistant you're in the mood for.

Still, at the end of the day, Google, Amazon and everyone else wants to come out on top, and all will push to have their voice assistant in as many products as possible. We got a thorough look at the Google and Amazon playbook on this strategy this week.

Are you ready for voice assistant wars, version 2.0? Ready or not, it's already happening.