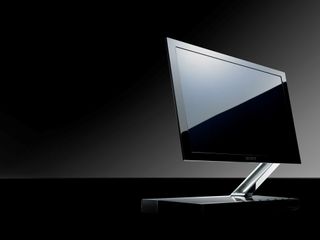 Chi Mei EL (CMEL) has decided the time is right to show off its efforts in OLED TV production with a 25-inch screen that's just 1mm thick.

Apparently drawing large crowds at Flat Panel Display International in Japan according to the NY Times, CMEL's effort is the largest it has shown so far at this thickness.

It has previously displayed OLED screens with a 3mm thickness, the same as Sony's consumer XEL-1 OLED TV, but this 25-inch panel was apparently made possible using new production techniques.

CMEL's effort has a WXGA screen resolution, of 1,366x768, which is near-HD quality, as well as all the usual OLED benefits of low image blur and low power consumption.

Sony was also showing a 1mm thick OLED panel at the event; however this was only an 11-inch display, so was comfortably upstaged by CMEL's efforts.