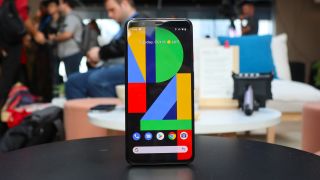 Google just got done away with a formal announcement about its next generation products including the much-awaited Pixel 4 series. And while the those who were following the developments got to know all about the phone before its launch, thanks to the numerous leaks, Google itself corroborated some of the speculations.

However, not until the last few hours of the launch had we started heard rumblings about the Mountain View giant skipping past India for the launch of the Pixel 4. Fast forward the launch, which essentially established Pixel 4 as the epitome of next generation computational photography, we now have an official statement from Google India.

It reads: "Google has a wide range of products that we make available in different regions around the world. We decided not to make Pixel 4 available in India. We remain committed to our current Pixel 3a phones and look forward to bringing future Pixel and other hardware products to India."

Google has a wide range of products that we make available in different regions around the world. We decided not to make Pixel 4 available in India. We remain committed to our current Pixel 3a phones and look forward to bringing future Pixel and other hardware products to India.October 15, 2019

This basically confirms that we shouldn't hold out on the hope that the phone will be available in the near future. However, it also hints that the Pixel 3a successors will most likely make their way to India. Reading a bit more into the line, the hint could also be read as a possibility that the Pixel 4a series won't feature Project Soli radar that's one of the highlights of the new Pixel 4 phones.

Needless to say, prospective buyers who were waiting to get their hands on the new phones are left aghast. While the number of Pixel phones sold in India aren't much (because we don't see more people using it on the streets), the word is that Google couldn't procure the necessary licenses as the 60GHz mmWave frequency band that Soli radar works on is banned for public use.

This chip is important because it also works with a facial recognition system and the new phones don't come with a fingerprint sensor. So, Google couldn't just manufacture Pixel 4's without the Soli radar. Also, in a country like India, where only 80,000 Pixel 2 phones were sold, it doesn't make sense from a business viewpoint.

Google's Pixel 4 phones feature a 90Hz refresh rate screen, night mode with astrophotography, dual exposure settings, a telephoto lens with Super Res Zoom and Motion Sense gestures. For photographers, the phone features the latest computational photography system in a compact form factor, but something folks in India are going to miss out on this time.