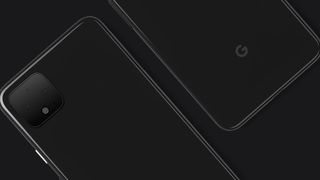 Google isn't just hinting at the Google Pixel 4 ahead of its expected October launch, it's actually showing what the phone will look like in a surprising new reveal.

We're seeing it four months earlier than the anticipated release date and it gives us a glimpse of the back of the Android phone, complete with a larger square-shaped camera module.

"Well, since there seems to be some interest, here you go! Wait 'til you see what it can do," teases Google in its Twitter post under the handle @madebygoogle.

Google's messaging here alludes to the fact that there have been several leaks of its phone already. It's clearly getting out ahead of the rumor mill with its own controlled tease.

What's significant about the Pixel 4 'leak'

Google leaking its own phone is news, but there's more to this story. We're seeing a change in camera design with at least two camera lenses and maybe even a third sensor.

Its square shape is similar to another rumored smartphone we've seen leaked: the iPhone 11. It appears as in Google is taking a similar approach on the outside.

The Google Pixel 3 and Pixel 3 XL have top-of-the-line cameras, but until today, we've seen the company steer away from implementing multiple lenses on back.

Its single-lens solution has been buttressed by superb post-processing software and does a decent job of compensating for the lack of telephoto and depth-sensing lens.

Google going the extra step of improving its camera hardware could easily lead to it reclaiming the best camera phone title from the Huawei P30 Pro.

Right now, we think the Pixel 3 and Huawei P30 Pro pro cameras are very close in quality – Huawei's is just a tad more versatile  with a great telephoto lens and an ultra-wide camera.

We'll have to wait and see if Google's camera comes out on top with the Pixel 4 – or wait until Google teases its forthcoming phone in another 'leak' follow-up.