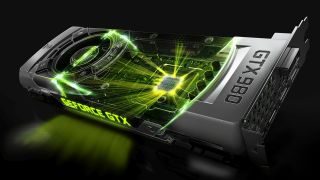 VR has been called the next frontier in PC gaming, but the path to headset-wearing, arms-waving bliss is one that's still full of questions.

Nvidia is hoping to answer one of them by launching the GeForce GTX VR Ready program, which will help gamers identify PC components and entire systems that can cope with VR's heavy hardware demands.

As part of the program, Nvidia's partners will apply a "VR-ready" badge to products that meet Nvidia's minimum hardware requirements for virtual reality. Gamers can then pick out combinations for a new build or go to a retailer for an entire VR-ready system without worrying about stuttering frame rates or system lock-ups further down the line.

Additionally, Nvidia has worked with developers and hardware makers to set minimum system requirements for VR.

Nvidia's Maxwell-based GTX 970 graphics card has been listed as the minimum requirement for a GPU, with the GTX 980 recommended for more demanding scenarios. That means you're looking at no lower than the R9 390 if you're in the AMD camp. According to Nvidia, you'll also need:

if you meet the minimum requirements for VR then you're one of the lucky few (million), according to Nvidia, which reckons that just 13 million PCs will have the capabilities needed to run VR in 2016.

That sounds like a lot, but it's actually less than 1 per cent of the 1.43 billion PCs expected to be in use globally this year, according to Bloomberg which points to figures by research firm Gartner.