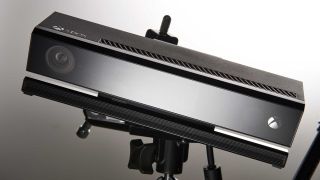 It's not often a company announces a price cut for a product and gets a kicking by way of thank you.

That's what's happened to Microsoft this week after it announced a cheaper Kinect-free Xbox One package.

Heaven forbid a company listen to some feedback and give customers what they want!

My own view is that it's not a particularly big deal, I think it was inevitable (did anyone seriously think this wouldn't happen eventually?) and I don't think it means Microsoft has given up on Kinect. At all.

For me, Kinect still holds the key for the Xbox One. It's the console's biggest selling point and could still transform it into the must-have games console of this generation.

That's why I think buying an Xbox One without Kinect makes absolutely no sense for many of the Xbox One's potential suitors. Let me explain.

It's all about virtual reality

"For me, there is no better example of Kinect's potential applications than in relation to the biggest buzzword in gaming: VR."

For me, there is no better example of Kinect's potential applications than in relation to the biggest buzzword in gaming: VR.

Virtual reality is massive at the moment. We can all see that it's going to play a huge part in the immediate future of gaming. Oculus Rift, a PC gaming peripheral, has captured the imagination of an entire industry and beyond.

That's why Sony is developing a similar product for the PS4 and from what we've seen so far, Project Morpheus is really quite something - it'll do nothing but good things for PlayStation 4 sales.

But for me, virtual reality in its current guise still has a massive problem. It's not nausea – though that is a problem too. No, it's the jarring juxtaposition between being transported into a far away land in one sense, and being brought back down to Earth by having to handle real-world game controls that you can't actually see.

Have you tried playing a first person PC game with the Oculus Rift? It's an incredible experience, immersive and captivating. But take your hands off the controls just for a second and suddenly you're completely lost!

Which one's the W key? Oh crap, where's the mouse gone!? You grope in blind desperation at your desk but it's too late, you're dead – munched by zombies.

This won't be as much of a problem with Sony's Project Morpheus headset because muscle memory works a lot better with a control pad and Move controllers. But still, if someone could find a way to circumvent this issue completely, VR would be taken to another level.

What you need is a brilliant body-tracking peripheral that scans in 1080p, can see in the dark and sense depth using infra red, tracks 25 joints on six skeletons at once all the while processing data at 2 gigabits per second and listening and responding to voice inputs. A peripheral that would allow you to interact with your game with body movements, gestures and vocal commands, making the VR experience more immersive and enjoyable.

Obviously I'm talking about Kinect. A motion-tracking gadget far and away more advanced than the PlayStation Camera.

Admittedly, Sony's Move controllers track very nicely with the PlayStation Camera and work well in the hand in conjunction with VR. The Camera also has some basic tracking and facial recognition abilities. As I said, Morpheus is great.

But Kinect has the potential to take VR on the Xbox One a lot further and make it a best in class experience.

We know Microsoft is working on VR technology. And with Kinect's superior sensors and microphones, there is no piece of hardware out there that has the same potential for integrating real-world movements and sounds with virtual reality experiences. And this is just one of Kinect's multitude of potential applications.

The reality is, both the PS4 and Xbox One are still very much in a beta phase. When you talk about both, you're talking about potential rather than current abilities - they're both infants. And sure there are no stellar Kinect games out yet - but there aren't actually many decent games for either console, period. That's got nothing to do with Kinect and everything to do with Microsoft and Sony both rushing out consoles that just weren't ready.

Microsoft knows this better than anyone - it won't give up on Kinect. But it also knows that there are some people who simply aren't interested in it and never will be.

For them, a Kinect-free, cheaper Xbox One makes sense and Microsoft will pick up some extra sales as a result of this new offering.

But for everyone else, the Kinect bundle is still the one to get. If you don't get it, you'll eventually wish you had. And I think most Xbox gamers thinking rationally would agree.