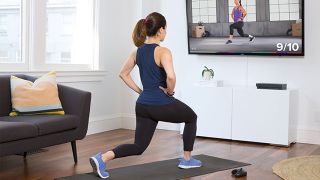 Gamers get a bad rap when it comes to stereotypes about their personal fitness, with the reductive assumption being they're more interested in their headshots than their heart rates. But Microsoft has been trying to shift that perception for years.

The Xbox One launched with the now sadly deceased Kinect-enabled Xbox Fitness. But rather than give up entirely on the space, it's instead partnering with wearable giants Fitbit to bring a new fitness-focussed app to the Xbox One. It's called Fitbit Coach – which may already be familiar to mobile users who've enjoyed a version of the app for some time.

Also coming to all Windows 10 devices (including the Surface Laptop and Surface Pro) and it'll offer onscreen workout guidance to help you get into better shape, as well as integrating with select Fitbit wearables for advanced features.

Fitbit Coach is free on a "Basic" tier for all users. This gives you access to one personalised workout program, plus a few additional audio and video workout routines. But to get the complete package of available workouts, you're going to have to splash out $39.99 a year (roughly AU$50 or £28).

However, whatever tier you're on, if you've got a Fitbit tracker or smartwatch with a continuous heart-rate tracker, you'll be able to link it up to the Fitbit Coach app and see onscreen in real-time any changes in your heart rate.

Available now, it's a great reason to put down that controller and work on those new year resolutions.