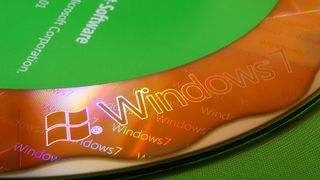 Windows 7 entered its End of Life phase on January 14, 2020, with Microsoft issuing one final update for the now-dead operating system – and it seems like a rather annoying bug has made its way into the update.

As Windows Latest reports, a number of users have taken to Reddit and Microsoft’s own support forums to complain that the final Windows 7 update, KB4534310, introduces a bug that replaces the existing desktop background with a black screen.

It seems that users can reinstate the wallpaper, but after a reboot of the PC, the solid black background returns. Very annoying.

There’s speculation that this bug is caused by Microsoft’s activation server thinking the Windows 7 device is not activated or is using an illegal product key. In the past, if you were using Windows 7, you were unable to change the desktop background until you activated it.

So, Microsoft’s servers could be having problems, and it’s likely this is a genuine mistake, and not a sneaky way to get any holdouts still using Windows 7 to upgrade to Windows 10.

In fact, some people who have upgraded to Windows 10 are also reporting the problem.

How to fix the problem

It appears that the only way to fix this problem for now is to uninstall the update – either KB4534310 or the security-only update KB4534314.

To do this, open the Start menu and go to Programs > Programs and Features > View installed updates. You should see those two updates there. Click either one, then select ‘Uninstall’.

There’s something almost grimly amusing about the fact that Microsoft’s last update for Windows 7 contains a bug, as it’s been having a bit of a nightmare recently with Windows 10 updates, with each new update seemingly introducing new bugs and problems while trying to fix older ones.

Of course, it’s no laughing matter for people who are affected by this issue, but at least it’s a relatively minor irritant rather than something more dangerous.

Still, let’s hope Microsoft fixes this soon, rather than leaving Windows 7 to end on a rather embarrassing note.