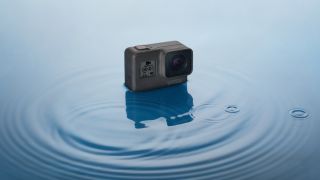 Could action cam giant GoPro be about to be snapped by Chinese rival Xiaomi? If reports in The Information are anything to go buy we could see a major shake-up in the action camera market very soon.

Despite GoPro dominating that market with the likes of the Hero6 Black it's been a tough few years for the company. Back in January it announced that it was pulling out of the drone market to concentrate on its core camera business.

GoPro launched its Karma drone in 2016, but the quadcopter was plagued by reports of users losing control, in some cases resulting in the drones falling out of the sky. A recall ensued, but, thanks in part to the arrival of the DJI Mavic Pro, GoPro struggled to establish itself in the drone sector.

At the same time GoPro announced it was getting out of the drone business CEO Nick Woodman said he would consider a partnership or sale. "If there are opportunities for us to unite with a bigger parent company to scale GoPro even bigger, that is something that we would look at," Woodman said.

While buying GoPro outright could set Xiaomi back in the region of $1 billion, that would actually be something of a bargain compared to GoPro's estimated value of $10 billion when it was at the height of its powers.

And it's been the cut-price wave of Chinese rivals led by the likes of Xiaomi that have taken the wind out of GoPro's sails. Xiaomi is behind Yi Technology, which makes some pretty tasty action cameras like the 4K+, which are quite a bit cheaper than the likes of the Hero5 and Hero6 Black.

In recent months GoPro has dropped the price of its flagship cameras in an effort to be more competitive, and it recently announced the HERO, a stripped-down action cam costing less than $199/£199. But all this may be too little too late to save the pioneering and once-dominant brand.