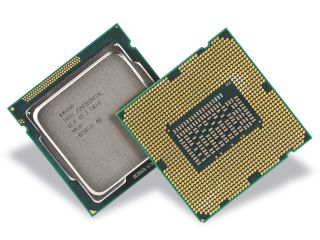 Far from the bustling show floor of CES 2011 I spoke to a representative from MSI who claims Intel is funding Lucid to create a version of the new Virtu chip to work on the P67 platform to leverage the power of the Quicksync transcoding engine on the P67 platform.

We've already looked at the H67 and H61 MSI boards to include the new Virtu chip, a component designed to allow the switching off of discrete graphics cards in favour of the processor graphics when high-performance 3D power is not needed.

When asked if it would be possible to do this in reverse on the P67 chipset to allow the use of Sandy Bridge's processor graphics, and more importantly the Quicksync transcoder, MSI claimed that Intel was already working with Lucid to try and make that happen.

Our only real problem with the new Sandy Bridge setup, obfuscating marketing aside, has been the lack of the transcode engine on the P67 motherboards.

After all the exciting demos from last year's Intel Developer's Forum in San Francisco, it was disappointing that the if you purchased a high-end Sandy Bridge motherboard you were shut out from the transcoding fun.

We haven't had any confirmation on this from Intel itself so it could be pinch of salt time, but I'll be sitting down with the one-time head of their benchmarking division tomorrow night, so we shall see...