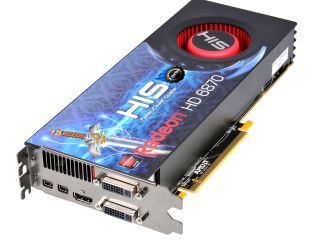 Fan Turbo - latest card from HIS

The Hightech Information System HD6870 Fan Turbo has apparently been overclocked to 920MHz, which the company states will 'deliver fast in-game performance'.

The latest card's support of HD3D will mean that gamers can now play 3D games.

"With 1,120 stream processors, the HIS HD6870 Fan Turbo supports the latest HD3D games," explains HIS.

"HD3D technology transmits two separate images to each of your eyes at the same time at a resolution beyond 1080p.