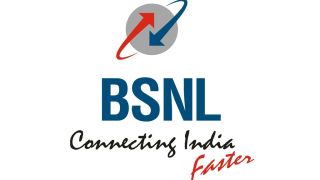 State-run telco BSNL announced today (17 January) that it is withdrawing the unlimited free voice calling on Sundays from its landline and broadband plans. This applies to combos as well as  Fiber to the Home (FTTH) plans, the telecom operator announced. The changes will come in effect from 1 February for existing as well as new subscribers, revealed a report by TelecomTalk.

Over the last year or so, BSNL has announced some interesting changes to its broadband and landline plans to acquire new subscribers. The state-run telecom operator was amongst the first few service providers to offer unlimited voice calling to any number across India between 9PM to 7AM. Airtel soon followed BSNL to provide a similar offer albeit at an extra Rs 99 charge.

However, BSNL recently reduced the night-time unlimited calling by two and a half hours – the free calls are now available between 10.30PM to 6AM.

In addition to free unlimited night calls, BSNL has also been upgrading speeds and data limits across the country. The telco also started offering FTTH service in major cities across the country, taking on private sector service providers like Airtel, ACT and others.

In the same period, BSNL has also made its wireless offerings more lucrative. The telco had announced plans that offered up to 2GB high-speed data per day for its 3G subscribers, bettering offerings from companies like Reliance Jio and Airtel.

Withdrawal of the unlimited voice calling on Sundays offer may be disappointing for some subscribers, but BSNL also announced changes to its wireless tariffs, which now offer 1GB data per day starting at Rs 198.