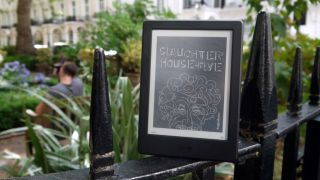 Good news if you've got one of the basic Kindle ereaders, the cheapest $80 or £60 model - based on an updated listing for the product on Amazon's site, support for Audible audiobooks is going to be added in the "coming months" (though at the moment this only shows up on the US site).

That will put the device on a par with the brand new Kindle Oasis, enabling you to listen to audiobooks straight from the ereaders themselves, and even switch between the text and audio versions of titles if you own both.

As with the Oasis, you'll need Bluetooth speakers or headphones to listen in, because the Kindles don't have a 3.5mm headphone jack or built-in speakers. As long as you've got some kind of wireless listening kit up and running, you'll be good to go.

Apparently the upgraded capabilities will be arriving as an over-the-air update in the near future, but so far there's no word on whether the middle Kindle models - the Paperwhite and the Voyage - are going to get the same treatment.

At the time of the Oasis announcement, Amazon did hint at some sort of upgrade for the older models, but now it's in black and white on the Amazon site. Those of you with long memories might recall that the very first Kindle back in 2007 had support for Audible audiobooks, before the feature (and integrated audio support) got ditched.

While "coming months" is a little vague from Amazon, it's good to know the feature is on the way - and it might make a difference to your shopping plans as we approach Black Friday and Cyber Monday.