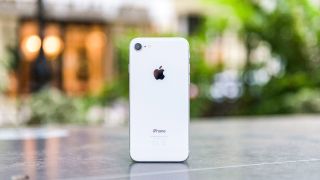 The iPhone SE 2 could look a lot like the iPhone 8, above (Image credit: Future)

After years of rumors, the iPhone SE 2 might almost be here, with a new report claiming it will probably be announced in March.

That’s according to a source who’s apparently familiar with Apple’s road map, speaking to Bloomberg. Additionally, multiple “people familiar with the plan” said that Apple’s suppliers plan to begin assembling the iPhone SE 2 in February.

While we’d take these claims with a pinch of salt, they line up with previous rumors which pointed to an early 2020 launch for the phone.

As for what the iPhone SE 2 will offer, Bloomberg reiterates previous claims that it will have a 4.7-inch screen, and a design that’s similar to the iPhone 8, complete with a physical home button housing a Touch ID sensor.

As such, the iPhone SE 2 is unlikely to offer Face ID, but will apparently have the same A13 Bionic chipset as the iPhone 11, so it should be pretty powerful.

Perhaps the most important factor though will be its price tag, and if rumors are to be believed it could be impressively cheap, with one fairly recent report suggesting it will start at around $399 (likely £399, AU$600). That would put it at around the same price as what the original iPhone SE launched for, and less than the current $449 (£479, AU$779) price of the iPhone 8.

So if you’re in the market for a small, relatively cheap iPhone, the iPhone SE 2 could be the handset you’ve been waiting for.