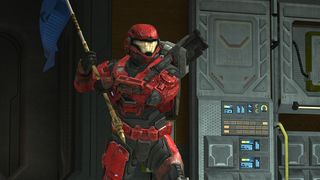 The last Halo game to make it to PC was Halo 2 all the way back in 2004, back when Windows Vista was still the current operating system. Ever since then, if you wanted to take part in one of the best shooter franchises of all time, you needed an Xbox 360 or Xbox One console – until now.

Microsoft and 343 Industries have finally decided to move the Halo Master Chief collection to the PC, starting with the 2010 entry, Halo: Reach. By all intents and purposes, on PC the game still looks like an Xbox 360 game, just at a higher resolution, and with some improved visuals. But, this is simply an upscaled PC port, it's not a radical remake by any stretch of the imagination.

So, the game should be pretty easy to run for pretty much anyone, something that was definitely backed up by the very modest system requirements. Still, we figured we'd put it to the test to see exactly what kind of performance you can expect from the game.

Our test run was essentially a 90 second slice of the second mission "Winter Contingency" at the start of Rally Point: Bravo. From there, we would get in a truck, drive for about 30 seconds, through several loading points to a big house full of Covenant. Then we get out of the truck, shoot the aliens and then get back in. It's a super repeatable test loop in a game that doesn't include a benchmark utility.

Long story short, the game is incredibly easy to run. We kind of knew this going in, as when playing the game on our home PC, rocking an Nvidia GeForce RTX 2080 Ti, we were seeing upwards of 400 fps at 3,440 x 1,440 – a resolution which, thankfully, Halo: Reach fully supports.

But we weren't prepared for just how well the game would run on low-end hardware. At 1080p, pretty much every graphics card we ran through our test bench got triple digit performance, from the lowly AMD Radeon RX 460 to the Nvidia GeForce RTX 2060 Super. Then, at 4K, we were simply blown away by the Radeon RX 460's performance. Even with the settings at the "Enhanced" level, the entry-level AMD graphics card still managed a solid 37 fps average. You read that right: the AMD Radeon RX 460 is finally a 4K gaming card, at least for a nine-year-old Xbox 360 game.

And when you get as high as the Nvidia GeForce RTX 2060 Super, you're not going to run into any problems whatsoever. This graphics card, ostensibly designed for 1440p  gaming at 60 fps, turns into a high-framerate monster at 4K in this game, delivering esports-ready framerates of 140 fps.

We didn't really test any graphics cards higher than that, as we didn't think it was really worth it. If you have a graphics card from the last five to six years, you will likely be able to play this game at a high frame rate – something like an RTX 2080 would simply be overkill, except for maybe at 8K.

However we did run into an issue when testing the game with the AMD Radeon RX 470. Whenever we tried to set the game to a 3,840 x 2,160 resolution, the game would instead render at 3,840 x 1,600, and it just looked weird. This is why there aren't RX 470 4K results in our graphs. Hopefully this is an issue that can be fixed in the near future, though it may be down to our individual graphics card, as we don't usually break that one out of its box.

What kind of PC do you need for Halo: Reach?

If you want to play Halo Reach on PC, you'll be happy to know that the requirements are especially lax. You're going to be able to play this game on pretty much anything at pretty much any resolution.

We went ahead and included 343 Industries' PC system requirements down below, so you have an idea of what the developer is recommending for the game.

The PC specs that 343 Industries released are basically targeting 60fps at 1080p and 4K, but here at TechRadar, we feel like the best experience with this game is going to be at a higher resolution. We've spent a couple of long evenings playing this game at upwards of 120 fps, and we have to say: we think this is the way the game should be played.

With that in mind, we created our own little list of system requirements down below. We are using current-generation parts for this list, but as long as you're running at least a first-gen Intel Core i5 processor or better and an Nvidia GeForce GTX 660 or better, you should probably be fine.

We did notice that the game is pretty multi-threaded, so having a AMD Ryzen processor should pay off. We're not sure whether or not the game will punish you for having fewer cores, but since Intel cores are stronger individually, it probably won't make much of a difference – it's not like any of the cores were maxed out.

As for RAM, we did notice our system using 12GB of RAM at times, but admittedly we were only monitoring it on our home system, with like 50 Chrome tabs open. 8GB should be more than enough.

As for graphics, we'd suggest sticking with Nvidia for the time being. AMD hasn't released a driver for the game quite yet, and we found the Nvidia Game Ready Driver  441.41 was much more stable than AMD driver 19.12.1 – though we expect a new driver to hit the streets in the very near future, and we'll retest once it does. If you do have an AMD graphics card, the game should run fine, provided you're in Fullscreen mode and below 4K.