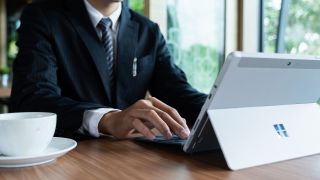 Microsoft’s bad run of broken Windows 10 updates continues, with the recent November 2019 Update bringing further problems to the search tool in File Explorer – and it’s a problem that still has not been fixed.

File Explorer is a tool in Windows 10 that allows you to browse the files and folders on your hard drive, and it comes with a search box that is supposed to let you quickly and easily find files within drives and folders.

Unfortunately, Microsoft saw fit to tinker with the search box in the Windows 10 November 2019 Update by adding the ability to search your online OneDrive cloud storage as well as your local files.

As well as adding this function, the update broke the search bar, as a number of users are complaining that using search makes the window become unresponsive for a while. Users are also unable to right-click and paste text into the search bar with a mouse.

A fix is coming... eventually

File Explorer is such an important part of Windows 10 that it’s rather unforgivable that Microsoft has introduced a problem and not yet fixed it.

However, it does seem like Microsoft is working on a fix, with it included in early preview builds of Windows 10 20H1, which is due out in early 2020.

While it’s good to know a fix is coming, it’s rather frustrating that, as Windows Latest notes, the version of Windows 10 with the fix, Build 19013, was actually sent to testers a few weeks before the November 2019 Update was released. That means Microsoft shipped a Windows 10 Update while knowing there was an issue – which isn’t a good look.

In a newer build of Windows 10 20H1, Build 19536, Microsoft has also reinstated the ability to right-click in the Search bar.

So, File Explorer’s search should be fixed, but unless you want to try out an early version on the next major Windows 10 update, you’re going to have to wait until some time in 2020.

Understandably, many of Microsoft’s customers are not happy with this, and it’s yet another example of Microsoft shipping a dodgy Windows 10 update.

With Windows 7’s End of Life happening in January 2020, Microsoft will be hoping to convince millions of users of the older operating system to upgrade to Windows 10. However, if it keeps on shipping broken updates, this could well put a lot of people off.

We continue to hope that Microsoft sorts out this mess soon.