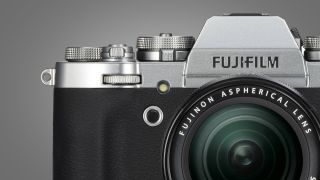 Update 9/1/20: The Fujifilm X-T4 rumors are moving at a rapid pace, and they just got a whole lot more exciting. We've updated this story with the latest rumors, but you can read our original story and analysis by scrolling down the page.

Just a day after we reported on whispers that suggested the Fujifilm X-T3's successor would be arriving in March 2020, the rumors have taken a new twist – and now usually reliable sources are hinting that a Fujifilm X-T4 and the long-awaited X100V will now both be announced on February 4.

Given that the Fujifilm X100V, which would succeed the classic Fujfilm X100F that currently sits at the top of our list of the best compact cameras, was previously tipped to launch in February 2020, the rumors certainly sound plausible.

As we mentioned in our original story (below), it's a little early for a Fujifilm X-T3 successor, which is less than 18 months old. But it's possible that the Fujifilm X-T4 will adopt features like in-body image stabilization from the older Fujifilm X-H2, with the X-T3 being left as a smaller, more affordable alternative. Alternatively, Fujifilm might simply be planning to create greater differentiation between an X-T4 and the smaller X-T30 in its X-T line.

Either way, the possibility of a joint launch is certainly exciting for camera fans – both the X-T3 and X100F are right near the top of our recommendations for enthusiast photographers who want a smaller, mirrorless alternative to a DSLR with retro styling and an excellent choice of lenses. We'll bring you official news as soon as we get it, but in the meantime you can read our original story on the X-T4 rumors below.

Perhaps Fujifilm has been feeling left out of the all the camera news from CES 2020, because some surprising new rumors suggest that it could be ready to launch a successor to the excellent Fujifilm X-T3 as early as March 2020.

The X-T3 is one of our favorite mirrorless cameras and is the bigger brother of the the Fujifilm X-T30, which currently sits at number two in our list of the best cameras in the world right now.

But the X-T series is usually upgraded in two-year cycles and the X-T3 will only be 16 months old in March, which would make it a surprisingly early release for such an important camera. The usually reliable Fuji Rumors, though, says the news that the camera "will start shipping in March/early Spring 2020" comes from a trusted source.

What's less clear is the name of this apparent successor and what its new features will be. If it's a true successor, then Fujifilm X-T4 seems the most likely name, unless the company has decided to go down the Sony route of introducing sub-variants that focus on particular features like video or resolution.

So far, there have been no reliable leaks about the Fujifilm X-T4's design or features, but rumors from back in November 2019 claimed that the X-T3's successor would effectively merge the line with the Fujifilm X-H1 to create a very compelling stills-video hybrid camera.

In theory, this would make a lot of sense – the X-H1 is the only Fujifilm camera with in-body image stabilization (IBIS), so combining this with some enhanced video shooting powers (perhaps 4K/60p video using the full width of the sensor, or maybe even 6K video) would make it a real contender to the likes of the Panasonic S1H. It'd also create a clearer differentiation from the X-T30, which is the line's more travel-friendly option.

A fully articulated screen was another feature rumored by the likes of FujiAddict back in November 2019, but the flip-side to both of these features would be an increased body size. If all of these rumors are correct – and that's all they are, right now – then it's possible that Fujifilm could release an X-T4 or X-T3S in March 2020 and simply keep the current X-T3 on sale.

With its recent firmware upgrades – the latest of which boosted its Face and Eye detection – and strong feature set, the X-T3 is certainly far from being ready for the 'discontinued' axe. We'll bring you official news as soon as soon as we get it.