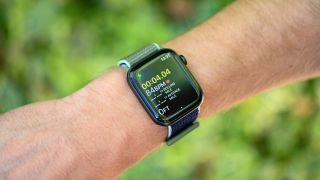 The break of a new decade is almost upon us, and with it will come new wearables.

Gartner forecasts that spending on wearables will hit $51.5 billion next year, with smartwatches leading the pack.

Wearable tech is only going to keep growing, and in 2020 we expect to see several major new devices from key players in this space.

In fact, there are a few we can already be sure of. Below, we’ve rounded up a few devices we expect to get our hands on next year – and a couple we’re just praying we might.

Wear OS watches on the whole don't make the most of the platform, and so Google should be leading by example – an example that could perhaps come in the form of a Pixel Watch.

A Google Watch has never materialized, as the company has instead leaned on its OEM partners to build on the Wear OS platform. But unless something changes soon, Google’s going to cede the remaining part of its smartwatch share to Apple and its other rivals.

The Pixel Watch may not come in 2020 – or ever – but this is the year for Google to change gears in wearables. It did just announce it will acquire Fitbit for a cool $2.1 billion, and earlier this year struck up a deal with Fossil to acquire hybrid smartwatch tech and engineering talent. What we’re saying is, Google is decidedly interested in this space.

We’d love to see it finally build a smartwatch of its own, if only to give the entire Wear OS industry some sort of leader device to work from, but if we don’t get the Pixel Watch in 2020, is it possible we’ll see the first Fitbit running Wear OS?

Samsung’s smartwatch release cadence is all over the place right now: it launched the Galaxy Watch in August 2018, then the Watch Active in February this year, then followed it with the Watch Active 2 in September. Taking that into consideration, it’s anyone’s guess when Samsung may launch another smartwatch, but there’s a chance we could even get something alongside the Galaxy S11 in February 2020 (although we think August is a safer bet).

Watch Active 2 wearers are still waiting on the ECG, a headline feature that won’t be switched on until Samsung obtains FDA clearance. But there’s plenty more Samsung can be doing to keep up in this race, and the company sees a lot of potential in deeper health features such as body composition tracking.

Here’s what we think we know: the Watch 2 is codenamed “Renaissance,” which ostensibly hints as some sort of rebirthing of the Galaxy smartwatch entirely. Of course, there’s a good chance we’re reading too much into that.

Sure as clockwork, the Apple Watch 6 will arrive next year, but as of writing very little about the next smartwatch has leaked out. Okay, one leak has popped up: analyst/industry soothsayer Ming-Chi Kuo predicts the next watch will have faster speeds, better water resistance, and improved wireless connectivity.

A two-day battery would be good, but the big rumor right now is sleep tracking. There have been hints that Apple is working on the feature, one that Fitbit and others have long offered. Hope for a round Apple Watch refuse to die, but beyond patents there’s been no sense that Apple is taking the idea more seriously.

The next big accessible VR headset

Facebook has done a lot of work in making VR accessible this year, and we expect it to keep chugging along in 2020. Expect at least one more Oculus headset next year, and if we had to ask for one specifically, it would be an upgrade for the Oculus Go, which is looking a little long in the tooth next to the Quest and Rift S.

However, Sony could also be the one to deliver the next great VR headset that keeps a low barrier of entry. With the PlayStation 5 set to arrive next year, speculation around a PlayStation VR 2 headset is rife, and although Sony has shot down ideas of a new VR system launching alongside the new console, we wouldn’t be surprised if one follows shortly after.

We could, at the very least, get a teaser for something next year, particularly as Sony may be keen to capitalize on Microsoft’s decision to snub VR with the Xbox Series X.

There's an increasing interest in how Snap is using its video-recording glasses as a way to communicate. What started out as a buzzy influencer-tempting toy has evolved into a mock-up for the future of face-worn AR.

The latest version, launched this year, added a second camera for depth perception, opening up all sorts of interesting 3D effects that could be mapped onto the world around the user.

Snap CEO Evan Spiegel is both bullish and realistic about AR: he recognizes that AR glasses are a way off, but the company seems intent on pushing ahead regardless, and I’m excited to see what the next step looks like.

The first Focals AR glasses from North gave us the odd glimmer of what real AR glasses might look like, but they were too compromised by fiddly controls and unreliable apps. The company has now ended production of its first glasses and announced the Focals 2.0 for 2020.

They’ll bring a higher-resolution display and thinner temples, according to the company, which hasn’t revealed anything else besides a teaser photo. Hopefully these will prove more of a success than the first. The company hasn’t revealed how many of the first-gen units it sold, but it reduced the price down from $1000 to $600 and laid off 150 employees earlier this year.

Without wanting to end this on a bad note, we really are excited to see what North brings in its next pair of glasses. It does, after all, understand one fundamental truth about smartglasses: they shouldn’t make you look like a dork.

There’d be a nice synchronism in Apple launching its first smartglasses in 2020, as reports have claimed, but having tried out just about every and any AR headset we could get ours hands on for the past five years, we've been skeptical.

Sure enough, The Information now plots 2022 as the launch date for Apple’s first headset, with smaller glasses to follow a year later.

This seems more reasonable, but nonetheless we’re including Apple’s glasses as our wildcard option on the off chance the company even teases them next year. Considering how much time Apple may need to get developers building great things for AR glasses, such an early reveal isn’t outside the realm of possibility.