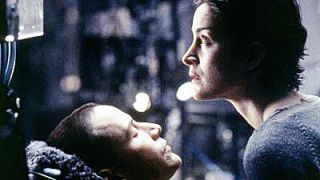 Andy and Lana Wachowski are making the next Netflix original series, a sci-fi show called Sense8.

The siblings, behind such films as The Matrix when it was good but also when it was bad and the criminally underrated Speed Racer, are teaming up with J. Michael Straczynski who created Babylon 5.

Netflix says it's a "gripping global tale of minds linked and souls hunted" but we're hoping for some kind of intergalactic telekinetic robot action in there too.

There are ten episodes to look forward to in the first series, with a release date penciled in for late 2014.

Blips are TechRadar's new news nuggets that you'll find percolating through the homepage - or you can see them all by hitting the blip keyword below.