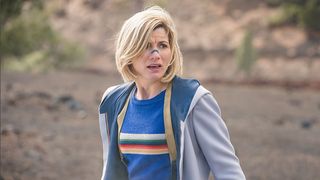 Daleks, time lords, the tardis - it's all back and bigger than ever as the latest season of Doctor Who comes time travelling to our TV screens. But of course, for any fans of the show, you will want to know what the best way to watch Doctor Who season 12 online.

With 10 episodes set to air in this latest season, Whovians are set to get a strong dose of action from the latest doctor - Jodie Whittaker. Two episodes in and we've already had plenty of action, plot twists and mystery!

Need even more reason to catch all of the action? Just two episodes in and this series has been star-packed with guest appearances from the likes of Stephen Fry and Lenny Henry with plenty more scheduled across the rest of the episodes.

Ready to watch Doctor Who season 12 online? We've listed everything you'll need to know about catching the latest episodes below. And don't worry if you're on holiday or living abroad as the episodes air - we've got you covered too.