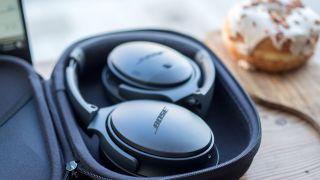 After 27 years of selling speakers and headphones at retail locations around the globe, Bose has announced that it will close retail operations in North America, Europe, Japan, and Australia.

According to information obtained by The Verge, Bose retail stores in those four territories are expected to shutter in the next few months as the company invests more heavily in its online presence.

In total Bose says around 119 stores will be closed down in the coming months, but says that it will open more stores in Greater China and the United Arab Emirates and will continue to operate stores in India, Southeast Asia, and South Korea.

“Originally, our retail stores gave people a way to experience, test, and talk to us about multi-component, CD and DVD-based home entertainment systems,” said Colette Burke, vice president of Global Sales, Bose Corporation. “At the time, it was a radical idea, but we focused on what our customers needed, and where they needed it – and we’re doing the same thing now.”

Hundreds of employees are expected to be laid off because of the decision, however Bose said that it will be offering outplacement assistance and severance to affected employees.

Third-party retailers to the rescue

The news is disappointing for audiophiles who have been frequenting the audio store since its first shop opened in 1993 and devastating for the employees who are being let go, but Bose is just the latest victim of the shift from brick and mortar to online commerce that began back in the '90s.

As sad as it is to say, electronics retailers the world over are having a hard time competing with online retailers like Amazon who can offer better prices and faster shipping for folks who don't need or want personal interaction when buying tech.

The silver lining here is that, for folks who do want that, Bose products won’t disappear from the retail world entirely: all the products currently in stores at Best Buy, Target and others won’t disappear, and it's possible the brand may actually have a stronger presence at those retailers once there aren’t any dedicated Bose stores.

Long story short, you'll still be able to go somewhere to get buying advice on Bose headphones both in-stores at the remaining local electronics retailers and online, but the Bose store at your local mall probably won't be there much longer.