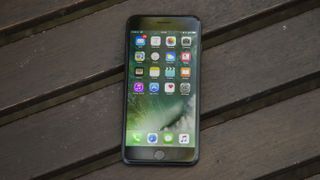 If you want to turn off your iPhone for whatever reason, such as restarting the device or making sure it's silent in a movie theater, you'll quickly find it's not immediately obvious how to turn the handset off.

There's no 'off' button after all, and just turning off the screen simply puts it on standby, so it's not exactly the same as turning off your iPhone.

Don't worry, though, because it's super easy to turn off your iPhone, whether you've got an aging device or the newest handset out there. Here's how.

How to turn off your iPhone

To turn off your iPhone, you're going to need to hold down the 'power' button, the button you press to wake your device or put it to sleep. It's in different places depending on your phone.

On an iPhone 5 or before, or an iPhone SE, it's on the top edge of the phone, to the right when you're looking at it face on.

For iPhone 6 devices and later, including the lettered iPhone X and beyond, the power button is housed on the right edge of the phone, on the opposite side of the handset to the volume buttons.

Once you've found this button, hold it down until a slider appears on screen. For iPhone X, iPhone XS or iPhone 11 models, you're going to need to also simultaneously hold down either of the volume buttons for the slider to appear.

The icon that appears on screen will say 'slide to power off', with a digital switch. Drag this slider in the direction the animation suggests, and your handset will switch off. Easy!

How to turn your iPhone back on

Turning your iPhone back on is simple. Just press and hold the power button, and after a few seconds the device will begin to boot back up.

Bear in mind that some iPhones, especially older models, take a while to power back up, so don't turn your phone off if you'll need it in a hurry!