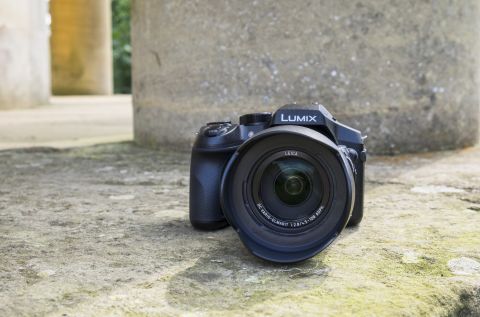 The FZ330 is a worthy successor to Panasonic's excellent FZ200, and the addition of 4K shooting, a touchscreen and speedier performance make it hard to beat for a mid-price bridge camera.

The Panasonic FZ330 builds on the success of the ground-breaking FZ200 bridge camera, launched back in 2012. The FZ200 set the bar high with its 24x zoom lens, constant f/2.8 aperture and its ability to capture raw files as well as JPEGs.

Whilst its relatively small sensor size may be regarded as a handicap, the FZ330 boasts SLR-rivalling functionality, and is designed to appeal to both enthusiasts and users of compacts and beginner bridge cameras looking to step up a level.

The FZ330 shares the same Leica 25-600mm lens (a hood is included), with its impressive constant aperture of f/2.8, as well as the 1/2.3-inch high-sensitivity MOS sensor with 12.2 million effective pixels.

Some welcome new features include the 4K video and photo modes, a new processing engine with increased native sensitivity of ISO 100-6400, a high-resolution touchscreen and a bigger and better viewfinder with eye sensor.

The Leica DC Vario-Elmarit lens has an impressive zoom range of 25-600mm equivalent (24x), and an equally impressive close focussing distance of 1cm at its widest setting in macro mode – even at 600mm, a distance of just 1m is achievable. The f/2.8 maximum aperture enables fast shutter speeds to be achieved even in low light, with the improved five-axis hybrid image stabilisation coming in handy here too. Digital zoom increases its range to 48x.

Sensitivity ranges from ISO 100 to 6400, with Auto ISO enabling you to set an upper limit of ISO 200 to 6400, and intelligent ISO enabling a maximum sensitivity of ISO 3200. Disappointingly, though, there's no option to choose a minimum shutter speed.

Multi, centre-weighted and spot metering are all available, along with exposure bracketing by up to three stops, over up to seven frames. Exposure compensation can be adjusted by plus or minus tree stops, in 1/3-stop increments.

Several other autofocus options are also available. including tracking, face/eye detection, touch shutter and a Touchpad mode, which enables the AF point to be set via the screen while using the viewfinder.

Wi-Fi functionality enables camera operation and image playback via your smartphone/tablet, using Panasonic's excellent Image App. Add to this the 4K burst modes, which enable you to extract 8-megapixel still images from your 4K video footage, and the FZ330 seems to offer a pretty compelling list of features and functionality.