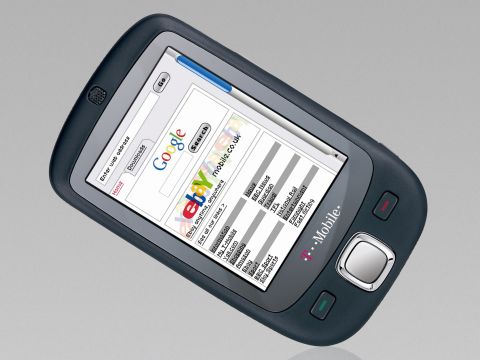 The MDA Touch is a thin and compact device

A stylish handset with excellent functionality, but let down by poor usability

The T-Mobile MDA Touch (Free on contract), made by HTC, attempts to combine the functionality of a Pocket PC with the usability and style of a regular smartphone. Although most HTC devices target the business user, this svelte handset is aimed at the regular consumer.

It runs Windows Mobile 6.0 and has a touchscreen display. Navigation of the OS is made simpler by an easy-to-use application called TouchFLO. This lets you swipe a digit across the screen to open menus with large buttons, and it's easy to control without resorting to the stylus.

Unfortunately, this is as far as the user-friendly interface goes. As soon as you want to carry out everyday tasks, there's nothing to separate the Touch from a regular Windows Mobile device - it's simple to use, but often impossible with your fingers alone.

It comes with a stylus, but writing a text message using the tiny onscreen keyboard or handwriting recognition is not as convenient or as fast as a regular keypad.

This is also an issue when using the bundled applications - such as Word and Excel Mobile. Documents can be created and edited, but it would be a lot quicker with a proper keyboard.

The display impressed, however, and was bright and colourful. At 2.8 inches, it's large enough to view webpages without trouble. Despite the large screen, the Touch remains compact, and will slip easily into most pockets. The display covers most of the front, with just a directional pad and two buttons below it.

The 201MHz OMAP processor also struggled to run the software with conviction, and we often found ourselves waiting for applications to load. There's 64MB of usable memory in place, half of which is taken up by the OS and applications.

This didn't prove a problem, as a 1GB Micro-SD card is bundled with the Touch. Connectivity is good - it's not a 3G handset, but does support EDGE for rapid web browsing. A Wi-Fi adapter is included, and you'll be able to make cheap VoIP calls over the internet using the pre-installed Microsoft Live software. A Bluetooth 2.0 chip offers fast wireless transfers with other digital devices.

On the rear of the handset you will find a 2-megapixel camera. The quality of photographs was more than reasonable, and the large display makes it an excellent viewfinder.

The stylish design and appealing TouchFLO menu makes us want to like the MDA Touch. Unfortunately, it came across as a business tool adapted for personal use. As such, it lacks the usability of a good smartphone.