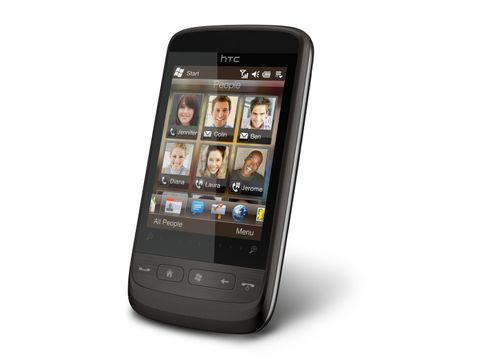 As a Windows Phone, the HTC Touch2 is among the first batch of mobile phones to launch with Windows Mobile 6.5 included as standard.

Of most interest is that it's designed to be more finger-friendly, rather than stylus-hungry. And while some of the classic problems remain, HTC's marvellous and updated TouchFLO interface – installed on top of the Windows Phone platform – promises to improve things further.

When it comes to finger-friendly touchscreen smartphones, HTC can claim to have got there before Apple.

The original HTC Touch kick-started a tidal wave of touchscreen phones, all hoping to snag some of the spectacularly large market Apple was threatening to dominate.

Two years on and the iPhone is seeing off all comers, despite some incredibly clever software innovation, not least from the likes of Google and HTC itself.

HTC's TouchFLO interface, it's claimed, allows you to "choose to take charge of your life", but can it overcome Windows Mobile's historical touchscreen niggles – namely, that the system was designed for a world in which the stylus, not the finger, reigned supreme?

When the original HTC Touch came out in 2007, the Windows Mobile community held its breath. Here was a phone that, months before the original iPhone, promised to give users a proper touchscreen interface designed for fingertips rather than the stylus.

The reality fell short. The Touch's hardware was nowhere near as clean or as sophisticated as the iPhone's, and while HTC's TouchFLO software, a finger-sized interface running on top of Windows Mobile, was clever, the iPhone OS blew it out of the water.

Fast-forward two years and the HTC Touch2 is here, and the comparisons to the iPhone are less readily made.

HTC's TouchFLO software has grown up. Before, you could initiate most tasks with TouchFLO, but as soon as you did you were dumped back to Windows Mobile's unintuitive, clunky interface.

You could start the text messaging application with a finger, for instance, but once you did you had to dig out the stylus and squint at the tiny keyboard.

TouchFLO now permeates the entire handset. Virtually every menu is bigger and better.