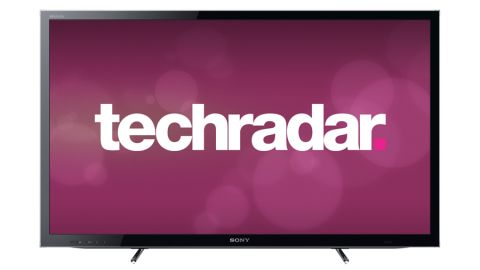 Perhaps because of the deliriously high expectations raised by the outstanding Sony HX853 series, the Sony 32HX753 didn't initially blow us away. Its pictures looked a touch muted, for want of a better word.

Fortunately, the more time we spent with the TV, the more its charms started to shine - and the more the initial slightly muted appearance started to look like the result of an admirable desire on Sony's part to put a natural, calming light and contrast level ahead of merely enthralling the browsing hordes in their local electronic superstores.

But the gap between the Sony HX753's performance and that of the Sony HX853 series remains quite pronounced.

Regarding the issue of pictures initially not looking especially dynamic, Sony is being careful not to push brightness and colour saturations too hard, even when you're using the set's most vibrant preset. Instead it seems to be targeting - especially if you use its most all-round satisfying Cinema 2 preset - pictures that put the relaxing colour tones and subtler colour blends ahead of eye-catching gaudiness.

And while this might, as noted before, not do the set any favours when trying to compete for punters' attention in store, it's certainly a laudable aim from a picture quality enthusiast point of view.

Similarly, once you've dimmed the lights and put a movie on, it becomes apparent that Sony has aimed - with some degree of success - at achieving a light output level that affords the best balance of deep black levels, realistic colours and a decent amount of shadow detail resolution by affordable LCD TV standards.

This does mean, though, that the Sony 32HX753's pictures need a darker room environment than most LCD TVs if you want to see them at their best. Because when you try to compensate for a bright room by ramping up the set's brightness, contrast and backlight settings, things tend to go rather awry.

Black levels drop off quite considerably, exhibiting much more of the greyness that's still common with affordable LCD picture quality. Worse, during dark scenes if you try to push the brightness and backlight levels high enough to strongly combat high ambient light levels, you can clearly see distracting jets of light shooting in for an inch or two from each of the screen's corners.

This, along with the fact that dark images aren't able to look nearly as dynamic and vibrant as those of the Sony HX853, is clear evidence that the 32HX753 isn't using local dimming.

Other aspects of the Sony 32HX753's pictures tread a similar balance between looking pretty good by £700 (around $1,095) 32-inch TV standards and not hitting anywhere near the same heights as the HX853 series.

For instance, HD pictures look clean and reasonably detailed, but at the same time they're not the sharpest, crispest HD pictures we've seen.

On a connected note, while the set's motion handling is pretty good, with only minor motion blur (especially when using the Clear motion control system), motion doesn't look as effortlessly pristine and natural as it does on the HX853 TVs. However, the Sony HX853's abilities in this department are possibly the best yet seen from an LCD TV, so comparing the Sony 32HX753 to such perfection isn't particularly fair!

Next, while the Sony 32HX753 does a good job by most 32-inch TV standards of upscaling standard definition pictures, and a fair job of handling low-quality video feeds from websites such as YouTube, it doesn't do nearly as well at upscaling either source as the HX853 series, thanks to it not having the Pro level of Sony's X-Reality circuitry.

Trying to sum all this up so far, the undeniable facts are that we've been so thoroughly spoiled by the HX853 that it's become almost impossible not to feel slightly disappointed by the 32HX753, given how far it falls short of its illustrious bigger brother.

However, it's also the case that while the 32HX753 takes a deliberately more subtle approach to TV life than most of its rival 32-inch TVs, it's capable of performing well so long as you embrace/work within its limitations.

Firing up the Sony 32HX753's 3D pictures, the TV gets off to a great start by appearing to suffer with markedly less crosstalk than the HX853 televisions. In fact, there's hardly any of the double ghosting noise at all, even when showing a variety of scenes renowned for causing crosstalk in lesser TVs.

This helps the 32HX753 resolved 3D depth very nicely, while also giving a good sense of the active 3D format's full HD resolution considering that we're talking about only a 32-inch TV. The 32HX753's 3D pictures aren't as bright or vibrant as those of some rival 3D TVs - especially those of LG and Samsung - but they do look natural, and there's a decent amount of shadow detail visible in dark areas.

The 32HX753 does not have the colour or brightness precision with 3D that the HX853 series does, though. Also, because this cheaper TV doesn't have the Pro version of Sony's X-Reality processing, it doesn't have the surprisingly excellent 3D Super Resolution feature that can add extra sharpness to the HX853's 3D images.

Leaving the HX853 comparisons behind to consider the 32HX753's 3D efforts against those of similarly priced rivals, they hold up well. Particularly where the lack of crosstalk is concerned. This is a cause of pretty major celebration when you consider the problems Sony's 2011 EX7 series suffered with crosstalk.

The last test performed on the 32HX753's pictures was for input lag - the amount of time the screen takes to render pictures once it's received them via its inputs. And unfortunately we uncovered an unexpected problem here, as the Sony 32HX753 recorded a rather high average input lag of around 80ms, even when using the set's Game scene mode, with as much processing as we could find turned off.

This is much higher than the figure recorded for the HX853 models, and is certainly enough to noticeably reduce your performance with fast-reaction console and PC games.