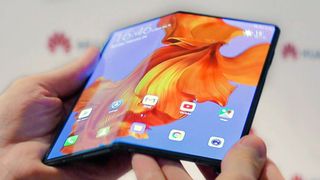 The only sure things in life are death, taxes and rising smartphone prices, at least if the past few years are anything to go by.

But why has this happened? What has caused these changes, and how can we expect things to pan out in future?

According to Statista.com, throughout 2010 globally, 304.7 million devices classed as ‘smartphones’ were shipped. In 2018, we see that 1.4 billion units found their way around the world, a significant increase in anyone’s books.

The downside to manufacturers is of course, that almost everyone to whom an expensive smartphone can be sold now already has one, and is likely planning to hang onto it for at least a while. On top of which, the market is saturated with dozens of different players, both local and international.

As such, the game isn’t as lucrative as it once was, so what recourse do publicly-traded manufacturers have to meet the needs of shareholders?

Why, price rises of course - as can be seen in the difference between the iPhone 8 and the iPhone X, devices with many similarities but pitched very differently. Jacking up the cost of entry for an iPhone X ensures that each unit sold brings a greater return, a perfect short-term solution with significant long-term implications.

But it’s not just about companies improving the profit margins of their devices. What do the Galaxy Fold and Mate X have in common beside a high price point? They are both the byproduct of millions spent in R&D. What defines the Huawei P30 Pro? A camera zoom unit created by teams of engineers working near the top of their game.

Building a top smartphone in 2019 requires premium materials, precise craftsmanship, a polished software experience and more - the consumer expects everything. And for everything comes a hefty price rise, one which needs to be passed back to Joe Public.

That isn’t to mention the essential marketing spend, and a changing global economy. Whether depreciating currencies, trade wars, inflation or otherwise, the costs of development and manufacturing have only risen - and will likely continue to do so at least throughout the near future.

An impeccably-made, steel-sided iPhone that feels like jewelry in the hand, with a top-of-the-line OLED screen, an incredible camera and a powerful chipset is a wonderful dream, however it is also an expensive one both for the manufacturer and the consumer.

The shape of the future

So the price of manufacturing is rising, the global market is shrinking and the fruits of continued R&D spending are becoming less frequent, what does this mean for the average Joe?

The saturation of the market has seen a change in the idea of what a ‘smartphone’ is. From being something of a luxury commodity in 2010, personified by the ‘cult’ of the iPhone, now a smartphone is something everyone and their grandmother possesses. They simply aren’t special anymore.

In trying to give people reasons, manufacturers are needing to spend ever more in the hopes of making a phone that stands out, while also offering alternatives for those who will never be convinced.

As such, in 2019 we have seen the birth of the folding phone, and the beginning of the ‘budget flagship’, with devices such as the Samsung Galaxy S10e.

As more opportunities are seized to define releases by specific price points, so the fragmentation, and commoditization of the smartphone space will continue - like the laptop market from the mid 2000s.

And all the while, that top price bracket will continue to rise, into infinity and beyond.