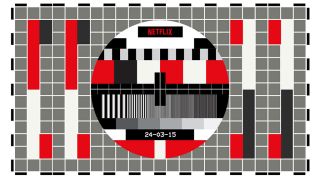 UPDATE: Netflix Australia has announced that the Netflix app is now available to download for Xbox One and Xbox 360, and the app will include some cool bonus features – details below.

After what seems like an eternity of waiting, Netflix has finally confirmed its Australian launch date. From March 24, Aussies will no longer have to pay for a VPN in order to stream the latest season of House of Cards without delay.

Complete with a solid lineup of Netflix content from launch, the local service will see apps switched on for iOS, Android, Apple TV, Sony's PS4 and PS3 consoles, Microsoft's Xbox 360 and Xbox One, Nintendo's Wii U, Chromecast, Fetch TV, and a wide range of Smart TVs from Samsung, Sony, LG, Philips, Panasonic and HiSense.

Netflix has also announced that its app for Xbox One and Xbox 360 is now available to download, allowing Xbox users to sign up to the Netflix mailing list, while also ensuring that their systems are ready to go when Netflix launches on March 24.

Additionally, Australians will also have the opportunity to buy an exclusive Xbox One Netflix console bundle which includes a three month prepaid subscription to the Netflix service.

Also, for the first time ever, Xbox is expanding its Achievement Point system to include Media Achievements – users will be awarded points for rating titles, binge-watching shows or watching frequently on Netflix.

In a pleasantly surprising development for iiNet customers, Netflix has confirmed that the streaming service will be unmetered for users of the nation's second largest ISP. No doubt this will be particular useful when taking advantage of those 4K streams.

Open your minds and your wallets

The local launch date announcement was a little bit quiet on pricing, unfortunately, specifying that the pricing will be confirmed at launch.

It did confirm that Australian Netflix customers will have the option of three pricing tiers – a single SD stream, HD quality streamable to two devices, or the four-device 4K option.

Netflix has also confirmed that gift cards in $20, $30 and $50 denominations will be available at Aussie retailers like Woolworths, Coles, Big W, 7-Eleven, Australia Post and Officeworks.

Also in the promo announcements is the bundling of a three month Netflix subscription with an Xbox One console purchase from March 24. Vodafone customers in New Zealand will also receive "several months" of prepaid service on specific plans.

While the pricing will be key in Netflix's local success, it seems that the US streaming giant has already managed to take the lead with its ISP deal with iiNet and its suite of apps across multiple devices.