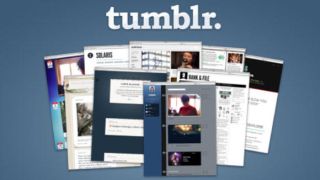 [Update: Tumblr has confirmed that the app has been removed due to images of child sexual abuse getting through the site's content filters. A company spokesperson has said that Tumblr has removed the offending content and is "committed to helping build a safe online environment for all users." You can read the full statement at Tumblr's help center.The original story follows below.]

Tumblr: the place where angsty individuals all over the world go to vent, start discussions, share funny GIFS, and reblog cute interior design photos that are, like, so totally aesthetic.

Representing a new source of angst for Tumblr users, the Tumblr app has seemingly disappeared from Apple's App Store, meaning those who deleted the app from their iPhone and want to reinstall it can no longer do so.

Not only that, but some users who still have the iOS app installed have found that they are now unable to turn off Tumblr's 'safe mode' while browsing blogs, which means many are now unable to view content intended for users over 18 years of age.

Tumblr has released a statement in a blog post, saying that they "are still working to resolve the issue with the iOS app." Meanwhile, disgruntled users have taken to Twitter to express their displeasure at the disappearance of the app:

so apparently this is happening to ppl all over the world which means tumblr literally just deleted their app from the app store like incompetents im really screamingNovember 16, 2018

why is tik tok still on the app store but tumblr gets taken down?? excuse me but what kind of cursed timeline bullshit is thisNovember 19, 2018

Some people have speculated that the reason for Tumblr's sudden disappearance from the App Store is more to do with Apple's guidelines on 'Objectionable Content' than a random glitch or human error - this could explain why users who still have the app are unable to search for 18+ content.

Apple's definition of inappropriate content is rather vague at best, including anything that's “offensive, insensitive, upsetting, intended to disgust, or in exceptionally poor taste.”

With a large number of blogs posting content related to artistic or 'aesthetic' nudity (and many more dedicated to straight-up erotica), the implications for the blogging site could be huge if Apple has deemed the app too inappropriate to feature on the App Store.