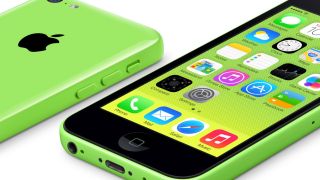 If you own an older iPhone or iPad you will find software updates stop later this year and some apps may even disappear from your device too.

iOS 11 was just announced at Apple’s WWDC 2017 and it confirmed the new software would only work on devices that support 64-bit apps.

So Apple is cutting them loose. It's dropping support for all 32-bit only devices, which means if you're still using an iPhone 5 or iPhone 5C you won’t get any of the future software or security upgrades.

That’s the same for the iPad 4 or earlier Apple tablets too. You’ll be able to keep using your older iPhone, but without new software you'll be more vulnerable to security issues, plus you'll miss out on new features too.

Why will I need to upgrade?

Perhaps the most frustrating element of this switch is some of your favorite apps and games may stop working altogether on your device.

If you’re trying to use an iPhone 5 or iPhone 5C after the iOS 11 rollout, you may find certain apps aren't there for you to download on the new App Store. Some apps may be built solely on the 64-bit architecture and therefore won't be compatible with your phone or tablet.

There's no point in having an iPhone or iPad without being able to download new apps. Some existing apps that you already have on your phone may continue to work, but again support will stop so you won't see any new features.

This will become infuriating if you want to use up-to-date apps and it may force you to upgrade to newer Apple hardware.

When will this happen?

The exact iOS 11 update release date is currently unclear, but it’s expected to launch during Fall this year - likely early September to co-inside with the launch of the iPhone 8 and iPhone 7S.

September may also see the company release the long awaited iPhone SE 2, which may suit you well if you're looking to upgrade from an iPhone 5C or 5.

The particularly bad news is even if you do upgrade, you may find some apps and games disappear from the App Store anyway.

That's because apps that haven't been supported for the last few years and still run on 32-bit architecture will disappear from the store if the developers don't upgrade them to work on the 64-bit system.

Big name apps already work on the 64-bit system though, so your main concern right now should be whether your hardware will work.