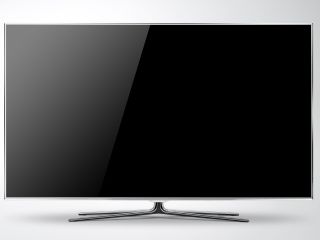 The Samsung D8000 with a bezel that is hardly there

Samsung has announced a slinky new line-up of 3D TVs for 2011, including both LED and Plasma models.

The Korean company is betting big on connected TVs this year, going as far as to say that it "expects 2011 to be a revolutionary year for Smart TV, just as smartphones revolutionised the mobile phone business".

Samsung promises that "almost all" of its 40-inch and above range released in 2011 will come with connected features, from access to Samsung's App Store to its new Smart Hub, which offers features like programme recommendations and comprehensive search through all your connected content.

Focusing on sleek, living room-enhancing design, Samsung has also been busy whittling down bezel size, with some now as small as 5mm.

Bezels that are barely there

The star of the show is the LED D8000 series, which offers LED backlit 3D with a Clear Motion Rate of 800 and 2 millisecond picture response time. The set comes with Bluetooth-enabled 3D glasses and a touchscreen TwinView remote with its own dinky 3-inch screen.

Also in the 3D LED line-up are the Samsung D7000 series, which automatically configure the 3D settings for you, and the D6500 series, the supposedly eco-friendly option with energy-saving features and a built-in energy gauge to help you keep track.

There are also two 3D plasma screens on offer. The Samsung D800 series TVs come with the TwinView touch remote and a crazily thin bezel; the screen size has increased by an inch while the overall size of the TV remains the same as previous models.

If the images are anything to go by, we'd be pretty happy to have any of these sleek TVs in our homes; but with UK pricing and release dates yet to be revealed, our wallets may be less pleased.