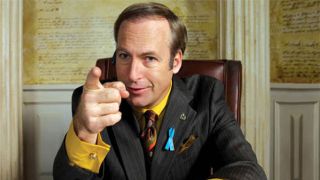 Netflix - it's all good, man

Breaking Bad spin-off Better Call Saul is coming to Netflix and it's hitting the international sites almost as soon as it's aired on TV in the US.

Based on Breaking Bad's brilliantly smarmy lawyer Saul Goodman, Better Call Saul is set to debut on Netflix in 2014 in Europe and Latin America, shortly after the US release – which is in keeping with how Season 5 of Breaking Bad was shown. For those in the US, the full season will be available once the season finale has aired on AMC Networks.

You see, children – sometimes drugs can be good. As long as they are fictional meth-based televised ones that are pedaled by major streaming services.

Warning: the following articles may well make you a Blip addict: