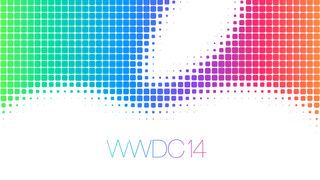 Apple's developer conference is almost here, but what will we see?

WWDC 2014 might have been and gone, but such is the clamour for information about Apple's next generation of software that it could transform millions of devices.

So settle down and study up on exactly what was unveiled - from health integration to all new connectivity between the phone and the Mac, there's a lot to soft through. The good news? It's going to make Apple phones and computers in the future a much more impressive proposition.

There was never any doubt that we'd see the next version of iOS at WWDC, but some of its features came as more of a surprise. iOS 8 gives app developer's access to Touch ID, allowing them to implement it in place of passwords and making it far more useful and versatile in the process.

Apple is also allowing the use of third party keyboards, so you won't be stuck with the default one. but if you are wedded to the inbuilt typing option it's not bad news, as Apple is improving it by adding next-word suggestions.

Siri is improving too. It's becoming truly hands free as it will respond to 'Hey Siri' and it's also getting better at voice recognition and will be able to identify songs because Shazam's recognition software is being built in.

There's also a new Health app. Not quite the everything-tracking Healthbook that was rumored, but instead an app that relies on third party equipment like Nike's FuelBand SE. The idea is that manufacturers can add their own device support to it so that ultimately it will be able to track and store fitness data from just about anything.

Then there are smaller changes like interactive notifications which can be managed from the lock screen, improved group messages and the ability to take phone calls and receive SMS messages on any Mac running OS X Yosemite.

Speaking of OS X Yosemite, that was the other big announcement at WWDC. With a brand new interface it certainly looks different but there's more to OS X 10.10 than just a new coat of paint.

Airdrop and email have both been improved, while Apple's new iCloud Drive allows you to easily store and share files between Macs, PCs and iOS devices.

The Notification Center has a new Today View, which gives you a quick overview of iCalendar and other apps and it's now easy to start working on something on a Mac and seamlessly finish on an iOS device, or vice versa.

Plus Safari has been spruced up with a new look of its own along with enhancements which supposedly make it far better at compiling JavaScript.

Not content to just provide work, entertainment and communication devices, Apple is now expanding into the domestic with HomeKit.

HomeKit isn't actually a new device itself, but rather a network protocol which allows users to control other smart devices with their iDevice.

The idea being that one day every appliance or device in your home could be controlled with your phone. Devices can be controlled individually or grouped together so that they'll all do a preset thing when a specific 'scene' is activated.

It's designed to work with Siri too, so for example you could tell Siri "it's time to get ready for bed" and then every device in the night-time scene would follow the protocol dictated by that scene, so perhaps lights would turn off and doors would lock.