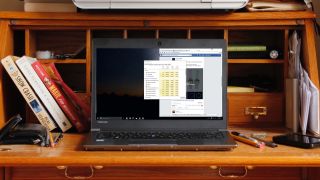 Windows 10 has passed an important milestone, as it's now being used on more than one in five desktop PCs out there.

This is according to the latest figures from Netmarketshare, which as of the end of July – following the expiration of the free upgrade offer from Windows 7/8.1 – pegs Windows 10 as having a 21.13% market share.

That's up almost exactly 2% from the previous month's figure of 19.14%, a healthy increase for the operating system on the face of it. However, given that we expected to see a rush of upgrades due to the end of the freebie offer, it's hardly a surprising figure.

In fact, Redmond might have hoped to see a greater number of fence-sitters make the leap to its newest OS. We've seen similar percentage increases previously in the past year without the pressure of an impending deadline.

Windows 7 is, naturally enough, still top dog on 47.01%, but it's on the slide and dropped by just a tad over 2% (unsurprisingly), the same amount Windows 10 increased by.

And Windows XP is still used by far too many folks, given that it's well outdated at this point, and it remains on 10.34% of PCs globally. Windows 8/8.1 combined is on a total of 9.89% of machines.

StatCounter, the rival analytics firm to Netmarketshare, also showed similar gains for Windows 10, with the OS hitting a market share of 21.28%.

And while this is undoubtedly good progress for Redmond, as mentioned, the company may have expected more folks to have made the switch in July. It's likely that numbers will be well down for August, given that you now have to pay for the OS upgrade.

Furthermore, Microsoft recently had to make a somewhat embarrassing climb-down regarding its long-stated goal of getting Windows 10 on a billion devices before 2018, as this clearly won't happen anymore. The OS is on just over 350 million devices at this point.