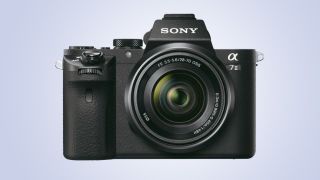 We're already starting to see some great camera deals ahead of Black Friday, and if you want to get into the world of full-frame photography but don't want to break the bank then you'll love this deal - if you live in the US.

A lot of camera for less

It features a 24MP sensor and a 5-axis image stabilization system to counter camera shake, while the AF system is very capable as well. Handling isn't quite as refined as on the latest model, but at this price that's a small trade-off. We reckon you'll be hard pressed to find a better camera for your money.

While those of us living outside the US can't take advantage of this deal, it does shed some light on what we might see discounted on Black Friday later this month, with the A7 II likely to be among the cameras discounted then, with the unit showing the sorts of prices we can expect from a full-frame mirrorless device.

If the Alpha A7 II isn't the camera for you, but you still want to pick up a new camera at a great price, keep an eye on our Black Friday and Cyber Monday camera deals page for all the best bargains.