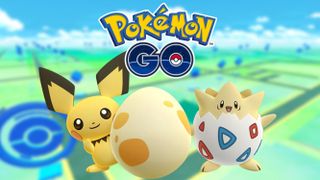 Niantic has announced it is officially pulling support for Pokémon Go on Apple Watch devices.

In a Niantic Support post titled 'Discontinued support for Apple Watch', the developer revealed it is ending Pokémon Go support on Apple Watches on July 1, 2019.  From this date on, you won't be able to connect the game to your device.

Why is support being pulled?

Niantic has revealed that it is pulling support to focus on Adventure Sync, a feature which allows Trainers to track and import walking distances from the Google Fit and Apple Health app into Pokemon Go.

"Because Adventure Sync allows Trainers the option of tracking their steps, earning Buddy Candy, and hatching Eggs in one mobile device rather than two separate devices, we want to focus on building Adventure Sync so that Trainers will no longer have to split their gameplay between 2 devices," Niantic wrote in the post.

After July, Trainers will still be able to use Adventure Sync to track steps in Pokémon Go.