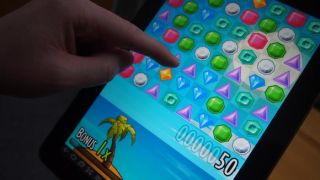 As the mobile landscape advances, so do the invasive methods used by advertisers, which can result in your personal data being compromised.

Free apps are often still profitable for app developers due to the use of advertising networks and services.

It's a common practice, which mobile security firm Lookout found in nearly half of the free Android apps available.

However, not all ads are created equal. A recent Lookout study discovered that 5 percent of those ad networks employ "aggressive" tactics bordering on malware classification.

Lookout also found that personalization apps, such as wallpaper apps, often include aggressive advertising at a rate of 17 percent.

Entertainment apps and games follow that with 8 percent and 7 percent occurrence rates respectively.

Aggressive advertising usually takes the form of ads creating their own desktop shortcuts, pushing ads to a device's notification bars, and modifying the bookmarks and homepage of a device's default web browser.

With advertisers able to hijack many of a device's functions, there is an inherent risk that advertisers will access a user's personal data.

Lookout proposes its own mobile app advertising guidelines, highlighting transparency on behalf of advertisers, but it is in no way a policy being enforced across the mobile landscape.

"Given the pace at which the mobile ecosystem is moving, it's important that standards are developed to ensure that private user data is accessed and managed appropriately, and that controversial behavior is properly highlighted," Lookout said.