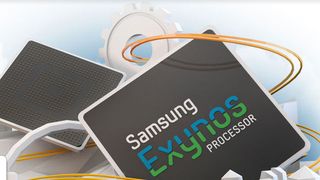 Core-blimey - when will the software catch up?

ARM insists that the increased power in our mobile devices is not simply an arms race between manufacturers trying to sell us their devices.

The chip giant believes that the immense power now being crammed into our phones needs to be in place to encourage people to develop the next generation of applications.

Currently, some would suggest that all the extra power is not bringing the tangible benefits for the consumers you might expect, but Jem Davies - ARM's VP of Technology, Media Processing – insists that if they build it, the developers will come.

"There are obvious things we can do with more performance, certainly in graphics," said Davies."We can offer more detail, more realistic content and provide more intuitive user interfaces.

"There is plenty you can do with more performance and, at the top end, everyone is 'thermal limited [a term used to describe how much power you can use without damaging the components]

"So it behoves us to become more efficient and give manufacturers more performance."

Davies insists that software to take advantage of the new hardware will soon flood into the void, especially in his specialist area of graphics processing.

"Software always lags hardware and when you are in the enabling business you have to lay out your tool kit," he said.

"The fast movers will sue that and produce something that's commercially successful. It's very hard to engage people when they have nothing to develop with.

"Graphics is a scalable problem – it's very parallelisable. We can produce any number of cores and they will get used."