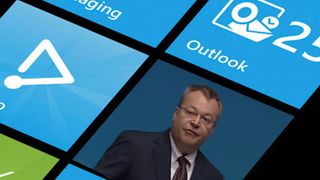 Microsoft's takeover over of Nokia's device and services division has been given two thumbs up, first by the US Department of Justice and now the European Union.

"The Commission concluded that the transaction would not raise any competition concerns," said the European Commission in a press release today, clearing the acquisition.

The European Union's executive body felt as though consumers wouldn't be adversely affected because of the "modest overlap" between Microsoft and Nokia's businesses.

Microsoft's Windows Phone 8 operating system, slowly growing store of apps and Office 2013 software are unlikely to shut out competition if merged with Nokia's line of smartphones, surmised the Commission.

Apple and Samsung made a guest appearance in the Commission's announcement, which cited Microsoft's desire to compete with it's much bigger rivals in the mobile space.

"The overlap of [Microsoft and Nokia's] activities in this area is minimal and several strong rivals, such as Samsung and Apple, will continue to compete with the merged entity," wrote the European Commission.

"Microsoft's share in the mobile OS market is limited," it wrote, a harsh reality check for Microsoft and its exiting-CEO's biggest regret.

For once, Microsoft's diminished grip on the tech industry may have just helped it glide through a regulatory process.

The European Commission's decision seems to have weighed heavily on Microsoft's need to rely on third-party devices and app makers to stay competitive.

Microsoft's more open platform is only seen as a good thing for consumers as well as third-party manufacturers like HTC, Asus, Samsung and Huawei.

In other words, if you like your line of non-Microsoft devices - like the HTC 8XT smartphone and Asus VivoTab Smart ME400 - you can keep them.

We asked Microsoft and Nokia for a reaction to the European Union's decision and will update the story as soon as we hear back.