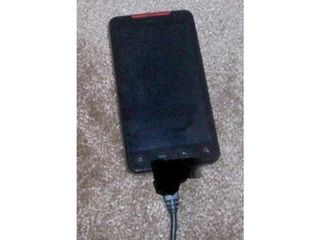 HTC's Supersonic back on video

While the world is going gaga over the HTC Legend and Desire pair, the cogs at the Taiwanese HQ haven't stopped turning - and the HTC Supersonic seems next up.

A blurry web video has leaked out of the phone, which apparently boasts a 4.3-inch capacitive touchscreen and Android 2.1.

The video is pretty basic - all we learn is that it comes in white and has a dual LED flash to go with the unknown megapixeled camera.

Previous reports have stated that the HTC Supersonic will be packing the same 1GHz Snapdragon processor we've seen in umpteen phones these days - which we like for a phone with this size of screen.

After the HTC HD2 was launched, we've been waiting for an Android version to pop up, and this could be it.

The only downside - it's apparently going to be using 4G WiMax, which is very much a US-focused feature at the moment.

Here's hoping that changes before release and we get out own HTC Supersonic UK release date in the near future.