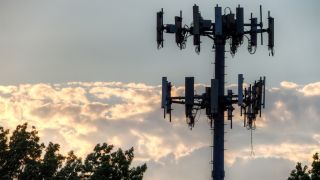 The 5G network will rule all your connections

Dr Hugh Bradlow, Chief Technology Officer for Telstra, has given insight into what the next evolution of mobile network technology, known as 5G, is being developed - and it should arrive in the 2020s.

Speaking on the OMPodcast on Outware, Dr Bradlow said that "everyone is expecting we'll have 5G in 2020".

And according to Dr Bradlow, work has already started on 5G by the Next Generation Mobile Networks Alliance (NGMN) for preparation of the coming decade.

NGMN, for which Dr Bradlow is on the board of, is made up of a number of mobile operators, vendors, manufacturers and research institutes around the world, and since coming together in 2006, they have helped develop LTE standards.

5G: Lord of the networks

Currently, there is no set standard yet for 5G with many operators and vendors around the world trying very different things, as can be seen with the different types of LTE technologies that are emerging from Aussie telcos alone.

"There's a lot of debate around [what 5G is]. A lot of vendors are doing what I call 'hero experiments' - 10Gbs to a pedestrian if the wind is blowing in the right direction and they're carrying an antenna with them," Dr Bradlow said on the podcast.

He explained that while higher speeds, more efficiency and lower latency are all things that do need to be worked on, 5G will end up being what he calls "the one network to rule them all".

"If you look at the world today, there's lots of different networks. There's an emergency service network, there's a public cellular network, Internet of Things networks, there are different types of radio systems," Dr Bradlow said.

"You want to try to incorporate them into one infrastructure which you can get that economy of scale and scope that you get from a public infrastructure, and that's what we're working on," Dr Bradlow said of the work being done by the NGMN, similar to what the British Government is looking to work towards as well.

He explained that the 5G infrastructure will be scaled in two different directions.

"One's in capacity and the other is in terms of number of devices, and then on top of that, you want to build into it things like content distribution, and being able to do that efficiently."

On Telstra's national Wi-Fi network, and Wi-Fi technology as a whole, Dr Bradlow said that the technology is more of a complementary network to current mobile and emerging mobile networks.

From Dr Bradlow's explanation, it looks like beyond providing a seamless connected experience for users, as more public Wi-Fi networks are developed, it will likely be incorporated into the 5G network of the 2020s.