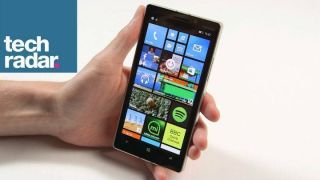 Nokia’s fall from the top was harsh and spectacular. Once the biggest smartphone manufacturer in the world, it got bought out by Microsoft after a series of poor decisions such as choosing Windows Phone over Android drove the company into the ground.

Now, Nokia is coming back to the smartphone game and its going to launch its new Android smartphones at MWC 2017 in February 2017.

While we do know for sure that Nokia is going to launch four devices, a low end smartphone codenamed ‘Pixel’ , two flagships with the Snapdragon 820 SoC and a mid range device - the Nokia D1C.

There's good news for Nokia fans all over India. Unlike Google which priced the Pixel out of the market, Nokia is going to price it’s smartphones very aggressively. According to a report by NokiaPowerUser, the D1C mid-range handset will start at around 10,000 rupees.

Everything you need to know about the Nokia D1C

As reported before, the D1C will come in two variants with different RAM, camera and display specifications. The two handsets will differ in terms of the display with one coming with a 5-inch display and one with a 5.5-inch display. Additionally, one will come with 2GB of RAM while the other with 3GB of RAM and the rear camera modules will also differ, with 13MP on the cheaper variant and 16MP on the higher end variant.

Both variants will be powered by the Qualcomm Snapdragon 430 processor paired to an Adreno 505 GPU with 32GB of internal storage.

Additionally , The D1C is set to come with rounded metal edges, with capacitive buttons at the front and volume and power buttons on the right. What is interesting is that the Gold color variant of the device is expected to come with a fingerprint scanner embedded in the Home button, while the other color variants (White and Black) will lack this feature.

On the connectivity side, the device is set to support 4G LTE, Wi-Fi Bluetooth 4.0 as well as GPS/A-GPS. The handset will also come with Android 7.0 Nougat on board.

What more can we expect from Nokia next year?

New details of Nokia’s upcoming Android smartphone have surfaced online. The latest leak points to the flagship handset having a 5.2-inch or a 5.5-inch QuadHD display (2K).

Additionally, the device is set to be powered by the Snapdragon 820 processor which is a bit disappointing considering that the world has moved on to the Snapdragon 821. In fact, Qualcomm has just announced the Snapdragon 835 which the Samsung Galaxy S8 is tipped to come with.

The smartphone is also said to come with Zeiss branded optics as seen on earlier Nokia devices. Taking Nokia's history with imaging into account, the camera is sure to be a highlight of the device.

While leaks and rumours regarding Nokia’s upcoming mid-range device, the D1C have been floating about for weeks now, this is the first time we have seen some information regarding its flagship handset.

Nokia’s version of the Pixel?

The low end device by Nokia is strangely enough codenamed ‘Pixel’. Google Pixel name references aside, this device is as far as possible from Google’s flagship handset.

The ‘Pixel’ is rumoured to come with 1GB of RAM and a quad-core 1.1GHz Qualcomm Snapdragon 200 processor. These are decidedly low end specifications and point to an entry level device by Nokia to rival the like of the Moto E.

The device was spotted on the smartphone benchmarking portal GeekBench, where it scored a rather lowly 404 and 644 points in single-core and multi-core tests.

The device is set to come with Android 7.0.1 Nougat and will join the Nokia D1C and the upcoming flagship to make up an entire range of Nokia Android smartphones to look forward to.

Leaks and rumours point to the high-end devices sporting a price tag of around Rs 30,000, while the D1C (the mid-range device) is expected to be priced south of Rs 20,000.

The company behind Nokia’s comeback - HMD Global has confirmed its presence at MWC 2017.

In May of this year, Nokia had announced that it will grand HMD Global (A Finnish company) the exclusive global license to create Nokia-branded mobile phones and tablets for the next 10 years.

We will get to know more about these smartphones at the Mobile World Congress in February 2017.