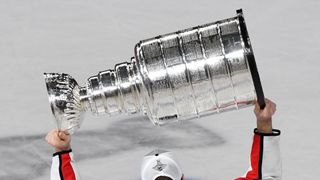 We’ve made it to the Stanley Cup series, with the 2019 NHL playoffs drawing to an exciting close - and boy, hasn't it been a thriller!? No other sport does playoff season quite like the NHL - and we’re here to make sure you don’t miss even a moment with TechRadar’s guide to getting an NHL live stream for this year’s playoffs.

The playoffs began with the best 16 teams in the league with eight each from both the Eastern and Western Conference. During the first round eight teams were eliminated and another four lost their chance at the Stanley Cup during the second round.

NHL playoffs - when and where

The NHL playoffs began on April 10 with the start of the first round. The winners from the second round will compete in the Conference Finals to see which two teams will advance to the Stanley Cup Final in June.

This means that there is still a lot of hockey to watch until the end of the 2019 NHL season and you can check out the full Stanley Cup Playoffs schedule on NHL’s website.

Now we’ve reached the Stanley Cup Final stage where the Boston Bruins are taking on the St. Louis Blues. Will it be the successful old franchise that takes the glory this year, or the dark horses? You can find out by reading our dedicated Bruins vs Blues live stream guide.

Whether you’re a die-hard hockey fan who’s been paying close attention to the NHL all season long or just tuning in to catch all the action on the road to the Stanley Cup, we’ll show you how to watch the 2019 playoffs online with an NHL live stream from anywhere in the world.

If you live in the US, Canada or UK and want to know how to catch a 2019 Stanley Cup Playoffs live stream, then keep scrolling and we’ll tell you your best viewing options.

But if you can't watch because you're not in your home country and so your coverage is geo-blocked then we can suggest a clever alternative (and no, it doesn’t involve finding some dodgy feed on Reddit). Using a VPN - or Virtual Private Network - you can change the IP address to one in a different state or country which does have the stream so that you can watch the NHL Stanley Cup playoffs from anywhere in the world. The process is very straightforward…

1. Express VPN (comes with a 30 day money back guarantee) This is the #1 rated best VPN in the world right now. You can watch on many devices at once including Smart TVs, Fire TV Stick, PC, Mac, iPhone, Android phone, iPads, tablets etc. You can try it out for a month for free and, if you like it, get 15 months for the price of 12. Check out Express VPN
2. IPVanish: supports up to 10 devices, so great on the go
3. NordVPN: SmartPlay tech makes NordVPN a great, affordable choice for streaming

From there, you simply open the VPN app, hit 'choose location' and select the appropriate location - it's super easy to do. Choose any country showing an NHL playoffs live stream and watch as if you were in that country.

Watch the NHL playoffs on TV in the US

If you live in the US and want to watch the NHL playoffs on television, then unfortunately you have your work cut out for you as all of the Stanley Cup games will air on NBC owned networks. That’s right, not just on NBC itself but also on a number of networks owned by the company. This means that you will need some combination of NBC, NBCSN (NBC Sports Net), CNBC, USA Network and NHL Network. To complicate things even further, NBC will also air some games on the Golf Channel when there are scheduling conflicts.

Avoid the NHL blackout with a VPN

If you live in the US and don’t want to pay for local cable television just to watch your local franchise, catching those NHL games live is made very difficult for you. Because the NHL agrees to exclusive rights for those stations, even streaming services won’t show live games as the action happens. You have to settle to watch the game when it’s replayed.

But using a VPN is a handy way around this. Grab one of our recommend VPNs above, log in and connect to a server outside the blackout region and you're ready to watch some hockey. This was you can watch all the games in the NHL playoffs as they happen live from anywhere in the world.

The channels showing the games will also change depending on which round of the playoffs we’re in. The first round will be shown across NBC, NBCSN, CNBC, USA and the NHL Network while the second and third rounds will be on NBC and NBCSN. Finally, the Stanley Cup Finals will be shown on NBC.

For cable subscribers this shouldn’t be too difficult but if you’d prefer to watch the games online or on your mobile devices, NBCSports will have livestreams of the games on its website or on the NBC Sports app. You will need to provide your cable credentials to gain access to these streams but you could always setup a digital antenna to watch NBC over-the-air for free.

If you’d rather not sign up for a premium cable subscription just to watch the Stanley Cup and playoffs, we recommend going with one of the many TV streaming services available as they give you access to the channels you need to watch hockey without the high cost.

For your convenience, we’ve listed all of the streaming services with the channels you need to watch the NHL playoffs below.

If you live in Canada and want to watch the Stanley Cup playoffs on TV, then Sportsnet has you covered. The network’s TV coverage will be available on Sportsnet, Sportsnet 360, Sportsnet ONE and CBC. However, if you’d prefer to live stream the games on your computer or mobile devices you can do so by logging in using your cable credentials on the CBCSports website or on the CBC Sports app on Android and iOS.

If you’re not a cable subscriber, we recommend choosing one of the streaming services above if you just want to watch the Stanley Cup Playoffs.

However, if you’re also a big Canadian Hockey League fan, Sportsnet has its own streaming service available called SNNow for just $20 a month that shows over 300 NHL games as well as NHL, NBA, MLB, CHL, WWE and more that might be worth checking out.

Watch the NHL playoffs in the UK

Unfortunately for hockey fans in the UK, Premier Sports is the only way to watch the Stanley Cup Playoffs on TV.

On the other hand you could try one of the streaming services listed above and if all else fails you can always connect with a VPN and change your IP address to one in the US.