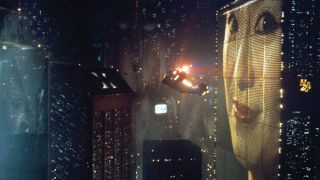 The full list of movies and TV shows coming to Netflix US in February has been released, and there are some real highlights in there. As well as brand new seasons of Altered Carbon and Narcos: Mexico, it marks the debut of one of the most promising new Netflix Originals of 2020, horror drama Locke and Key. You might want to check out new Brazilian supernatural series Spectros, too, which made our list of 2020's best new TV shows.

Some of the non-Netflix movies look pretty good, too, with Blade Runner's superior Final Cut soon available on the service, along with Starship Troopers. On the TV side, Breaking Bad spin-off Better Call Saul's fourth season arrives on February 9.

You'll also be able to check out the entire Police Academy series, if you'd like to watch the same forgettable comedy a bunch of times, only set in different locations.

Don't forget to check out our lists of the best Netflix shows and best Netflix movies if you're looking for something good to watch. We'll keep updating those lists throughout the year as the streaming giant reconfigures its line-up.

Below, we've bolded out a few of our highlights from the coming attractions on Netflix during the next month.