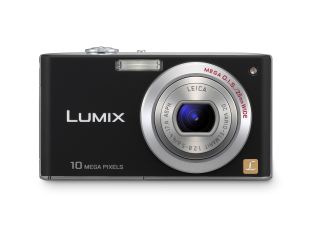 Digital camera's like Panasonic's all-new Lumix-FX35 will continue to sell well, despite the advent of the 5MP camera-phone

Market research firm Gfk has released figures suggesting that, far from being overrun by sophisticated camera-phones, the digital camera market has actually just enjoyed its most lucrative Christmas period ever.

The figures must come as a great relief to digital camera manufacturers, especially in light of the threat posed by the megapixel arms race currently being played out in the high-end camera-phone market.

One major reason for this, as consumers are beginning to understand, is that there’s a lot more to a good camera than the number of megapixels it boasts. While camera-phones have evolved a great deal in recent years they remain leagues behind dedicated digital cameras in terms of image quality.

In other words, while camera-phones are perfectly adequate for late-night drunken parties, most consumers will continue to take a ‘proper’ camera with them on holiday.