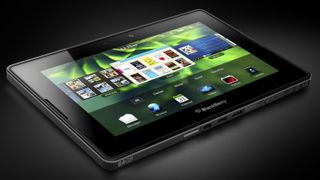 An only child, for now

We haven't forgotten BlackBerry's brief and ill-fated foray into the tablet market, and apparently neither has the hardware maker. Let's just say, don't expect the company to launch a second attempt until it's damn good and ready.

Pocket-lint spoke with BlackBerry Vice President of Global Product Management Francois Mahieu about the possibility of another PlayBook go, and it appears the firm is in no rush to unleash another tablet on consumers.

According to Maheiu, BlackBerry simply isn't ready to yet.

"Would BlackBerry consider one day re-entering the tablet market? Yes. Will BlackBerry do it in the coming months? No," the exec said.

The BlackBerry PlayBook launched nearly three years ago to mixed reviews and ultimately contributed to dragging down the company's fortunes as the unwanted tablets wound up being continually marked down to fire sale pricing.

Recovering from that folly is one of many challenges facing new BlackBerry CEO John Chen, but the onetime smartphone giant isn't completely closing the door on a potential sequel to its unloved tablet.

"I wouldn't be surprised if we have a meeting one day and I show you a tablet. We have equity in that space, but we're not ready. We need more time," Mahieu elaborated.

Judging from the way consumers largely turned their backs on the first PlayBook, BlackBerry's lackadaisical attitude toward the tablet market is probably a smart move, especially considering how many heavyweight names have already thrown their hats into that ring.