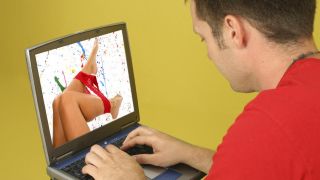 A lot of websites choose to make enemies rather than friends...

All too often the internet is an instant outrage machine, but its fury is fickle: today's internet enemy is tomorrow's unremembered URL.

To be truly hated online isn't something you can do instantly. It takes years of winding people up, making powerful enemies, stomping on the little guys or just acting like a right arse.

That latter option is a good description of Perez Hilton's modus operandi. The celebrity blogger is famous for, and hated for, two key things: outing allegedly closeted celebs, and being really bitchy about pretty much everyone in the public eye. In a savage indictment of the world we live in, that made him a celebrity himself — first online, then in the real world too.

Hilton is irritating rather than damaging, which you can't say about Hunter Moore. Last year Moore's IsAnyoneUp.com made him an estimated $20,000 from people posting explicit photos or videos of their exes alongside their victims' social network profiles. In most cases the pictures were posted without the subjects' consent, and Moore would mock requests for images to be removed. The site was shut down late last year.

There was a distinct whiff of misogyny to Is AnyOneUp.com, and on some Lad-themed sites that whiff becomes a stench. The Uni Lad site hit the headlines earlier this year when it posted a horrendous article claiming that most young women were "sluts" and suggesting that as "85% of rape cases go unreported. That seems to be fairly good odds." The post generated an enormous outcry and Uni Lad first apologised and then went offline, but similar laddishness sadly endures elsewhere.

Ogrish.com, and similar sites such as Rotten.com, were sick in a different way: they specialised in posting uncensored footage of death and injury, enabling you to watch people being beheaded, being mauled by lions, being torn apart in horrendous accidents and other similarly lovely things.

For many, Ogrish reached a new low when it published footage of 9/11 victims, including footage of people jumping to their deaths from the Twin Towers. Despite the best efforts of internet clean-up campaigners the sites were rarely blocked or banned (the exception was Germany, which blocked Ogrish in 2005), but these days Ogrish redirects to LiveLeak. However, its rivals, imitators and images live on.

It didn't just nick content from The Man, but from other user-generated content sites such as Something Awful and Newgrounds, whose users made founder Eric Bauman a hate figure. You can imagine the outrage when he sold the site for the best part of $18 million in 2008.

$18 million is nothing compared to the money AOL paid for The Huffington Post in 2011, a cool $315 million. The news site famously expects bloggers to work for free — something the site was unsuccessfully sued over last year — but it's hated for other reasons too. The site has been accused of giving a platform to woo-mongers who promote dubious alternative treatments and anti-vaccine hysteria, while other sites say the Post is a little too keen to use their stuff.

The Huffington Post may be widely criticised, but what it's doing is perfectly legal — something you can't say about The Pirate Bay, which has spent years cocking a snook at the entertainment industries. Endless attempts to shut it down didn't work, so countries are beginning to block it instead.

Proxies and mirrors quickly sprang up after the latest bunch of bans, including one by UK ISPs, but some of the new sites attempted to line their owners' pockets. As a result, The Pirate Bay found itself in the ironic position of asking its users not to use pirate copies of its pirate copying site.

The same slipperiness that helps The Pirate Bay evade authorities also works for Wikileaks, which publishes the information governments don't want published. Rather uniquely, Wikileaks manages to be hated not just by the governments and corporations it seeks to embarrass, but by people who think founder Julian Assange has got a messiah complex.

Tall poppy syndrome affects many sites — the more popular something becomes, the more people will decide to hate it , so for example this week's news of ten million UK twitterers is bound to make a few more people hate Twitter — but Facebook really helps the haters with its regular changes that just happen to erode a bit more of its users' privacy. To some, using Facebook is an abusive relationship: they hate the site but don't want to lose track of their pals, so they have a choice: put up with it, or be lonely. In a widely reported list of the US's most hated companies last year, Facebook easily made the top ten thanks to the lowest customer satisfaction rating of any social media company.

Given the number of racist, misogynist, homophobic, demented and downright dangerous websites online, it's good to know that the most hated site of all time perpetuated that age-old evil: fake pictures of cats. Yep, we mean Bonsai Kitten, a gag site that pretended to sell kittens that had been grown in jars. Despite first appearing back in 2000 when only three people actually knew what an internet was, the site has been responsible for years and years of angry emails to animal rights organisations and even sparked an FBI investigation.