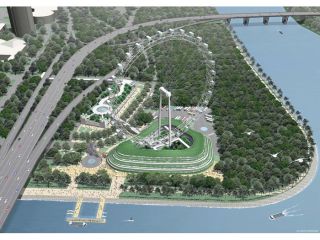 Google - moving on from flat Earth

Google has launched Google Building Maker, finally allowing people to add a third dimension to the buildings on its maps.

Previously, the buildings that were given a more solid appearance in Google Maps were handpicked by Google – but that is all about to change.

A new tool, Google Building Maker – which is described as a cross between Maps and a 'gigantic bin of building blocks' - will allow you to create three dimensional structures, which will then be compared against the original photos and, if it seems accurate, placed into the system.

"Some of us here at Google spend almost all of our time thinking about one thing: How do we create a three-dimensional model of every built structure on Earth?" Asked Google's official blog,.

" How do we make sure it's accurate, that it stays current and that it's useful to everyone who might want to use it?

"One of the best ways to get a big project done — and done well — is to open it up to the world. As such, today we're announcing the launch of Google Building Maker, a fun and simple (and crazy addictive, it turns out) tool for creating buildings for Google Earth."

So how exactly does it work? Google explains: "Basically, you pick a building and construct a model of it using aerial photos and simple 3D shapes – both of which we provide.

"When you're done, we take a look at your model. If it looks right, and if a better model doesn't already exist, we add it to the 3D Buildings layer in Google Earth. You can make a whole building in a few minutes."